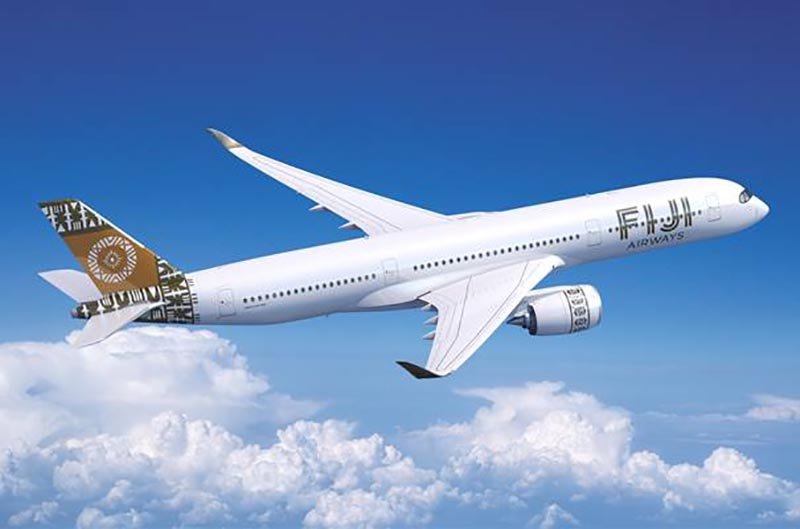 Fiji Airways has adopted the A350 XWB as part of its expansion plans to broaden its international network. Two A350-900s will be leased from Dubai based DAE Capital, making Fiji Airways the newest operator and DAE Capital the latest customer.

With its common type rating with the A330 Family, the A350 XWB was the natural aircraft choice to seamlessly join the airline’s existing fleet of four A330s. The common rating between the A350 and A330 means that pilots who are qualified and current on the A330 can already commence preparations to take the A350 XWB’s controls by undergoing “differences training” only, meaning a significant cost savings & operational flexibility.

The aircraft will be configured with 33 full lie-flat Business Class and 301 Economy Class seats. The aircraft will be deployed to enhance existing long haul services between Fiji, Australia and US, and to provide the opportunity to open additional routes.