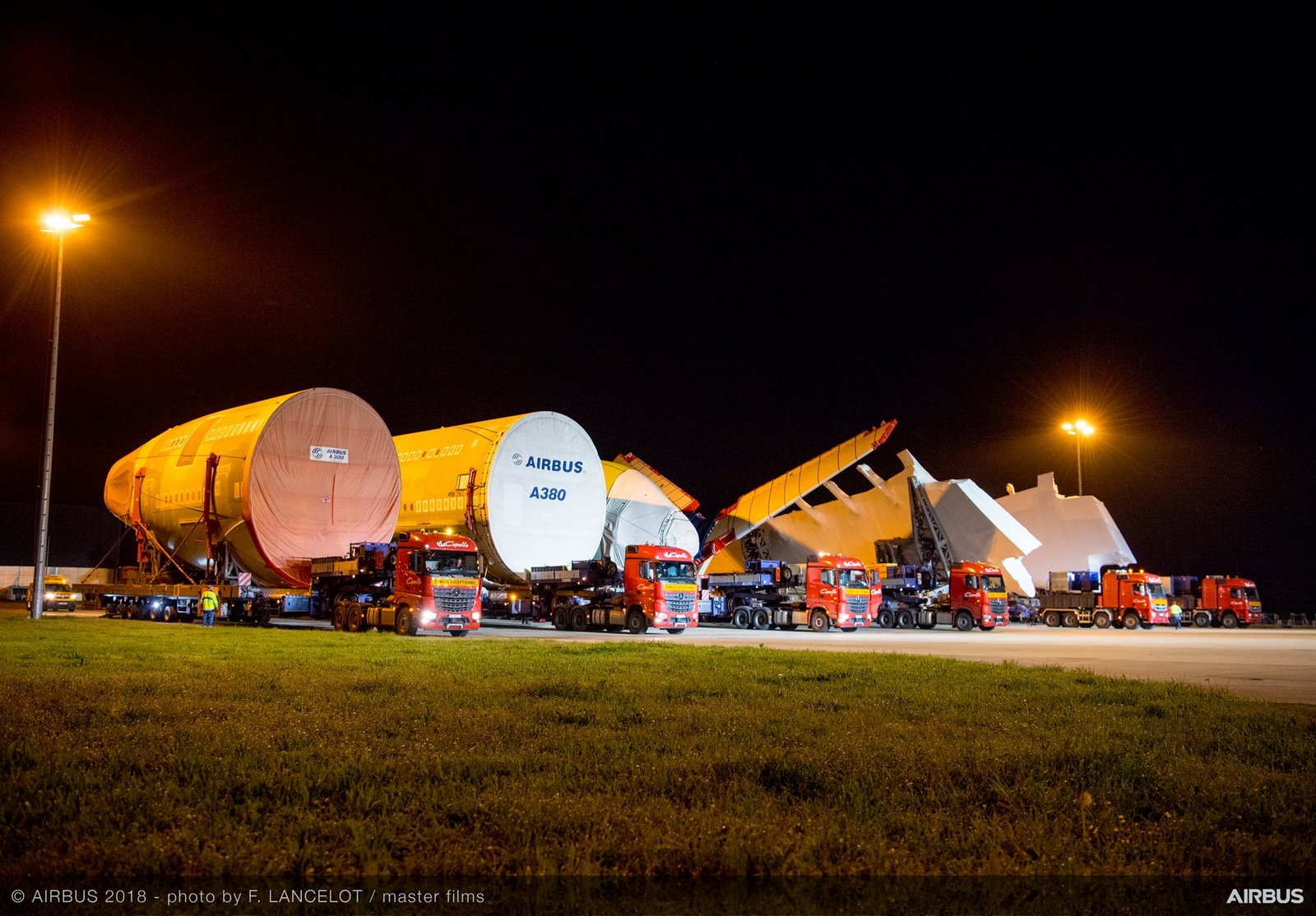 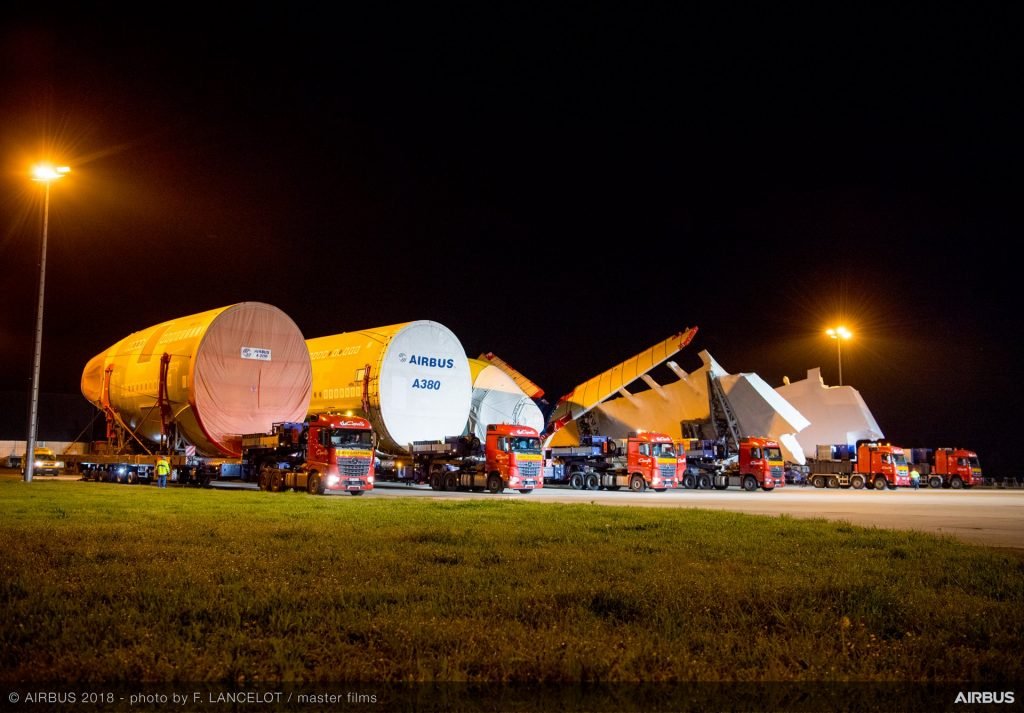 The main sections of the first A380 for Japan’s All Nippon Airways (ANA) have arrived at the Airbus final assembly line in Toulouse via a special convoy, with six subassemblies – the nose, central and aft fuselage sections, the tailplane, and the two wings.

ANA Holdings placed a firm order of three A380s in 2016, becoming the first customer for the superjumbo in Japan.  The first delivery is scheduled early in 2019, and the A380 will initially be operated on the Tokyo-Honolulu route. ANA’s A380s will feature a special “Honu” Hawaiian green sea turtle livery, symbolizing good luck and prosperity.

The A380 is the world’s largest, most spacious airliner that offers passengers the smoothest, quietest and most comfortable ride. With two full widebody decks, offering widest seats, wide aisles and more floor space, the A380 has the unique capability to generate revenue, stimulate traffic and attract the passengers, who can now specifically select the A380 when booking a flight via the iflyA380.com web site. Today 222 A380s are operated by 13 Airlines on 60 destinations and 240 airports can accommodate the A380 around the world.