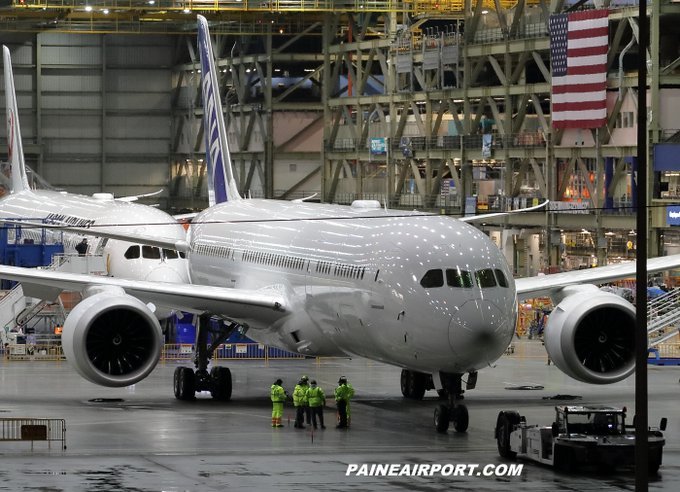 The last Everett-built Boeing 787 Dreamliner has rolled off the assembly line. This 787 is destined for All Nippon Airways (ANA).

The Boeing 787-9, line 1095 for ANA, was moved out of the factory on 27th February. From now onwards, Boeing 787s will be manufactured solely in North Charleston, South Carolina, close to where its airframe is manufactured.

Boeing announced in October that it would be consolidating 787 productions in South Carolina. Boeing will continue to build 737, 747, 767 and 777 families aircraft in its Everett facility.

“The Boeing 787 is a tremendous success it is today thanks to our great teammates in Everett. They helped give birth to an airplane that changed how airlines and passengers want to fly. As our customers manage through the unprecedented global pandemic, to ensure the long-term success of the 787 programs, we are consolidating 787 productions in South Carolina.