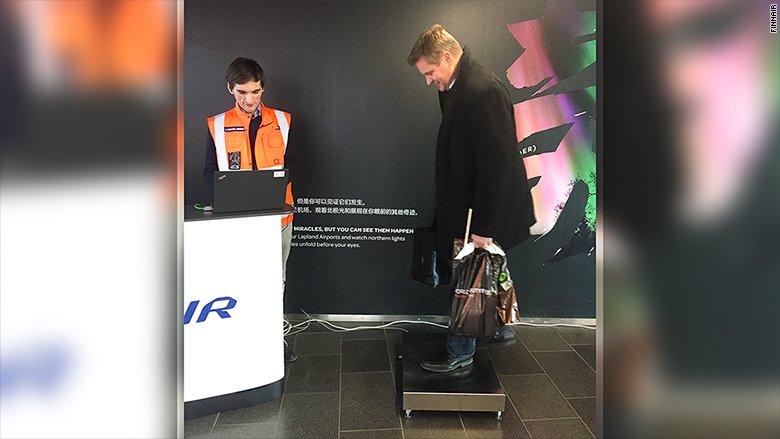 The airline launched the program, which will run intermittently into 2018, to get a more accurate picture of the average weights of the men, women and children that fly with the airline. Their carry-on baggage is also being taken into consideration and passengers must carry it onto the scale with them.

Paivyt Tallqvist, director for media relations at Finnair, confirmed that the airline was weighing passengers on Tuesday and Wednesday last week at the Helsinki airport.

“So many people actually wanted to take part in this,” she said, noting that the weigh-ins are voluntary and anonymous. “No one is forced on the scale.”

About 180 people volunteered so far, which was more than expected.