Air France A380 (reg. F-HPJB) has arrived in Paris CDG after its livery was removed.

The first Air France Airbus A380 (reg.F-HPJB) to be retired, has left Malta after its livery was removed at Aviation Cosmetics Malta.

The aircraft will leave Air France’s fleet on on January 1st. 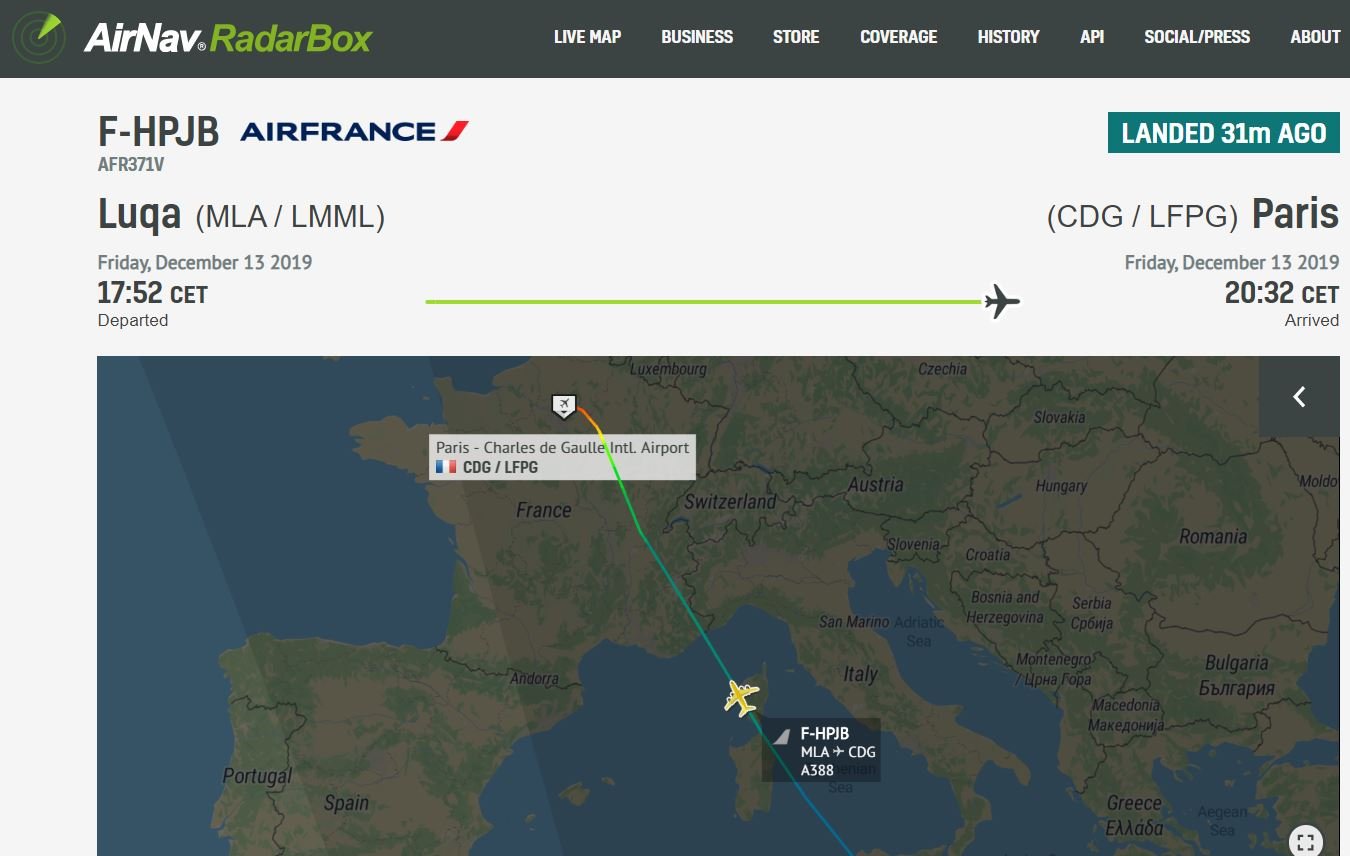