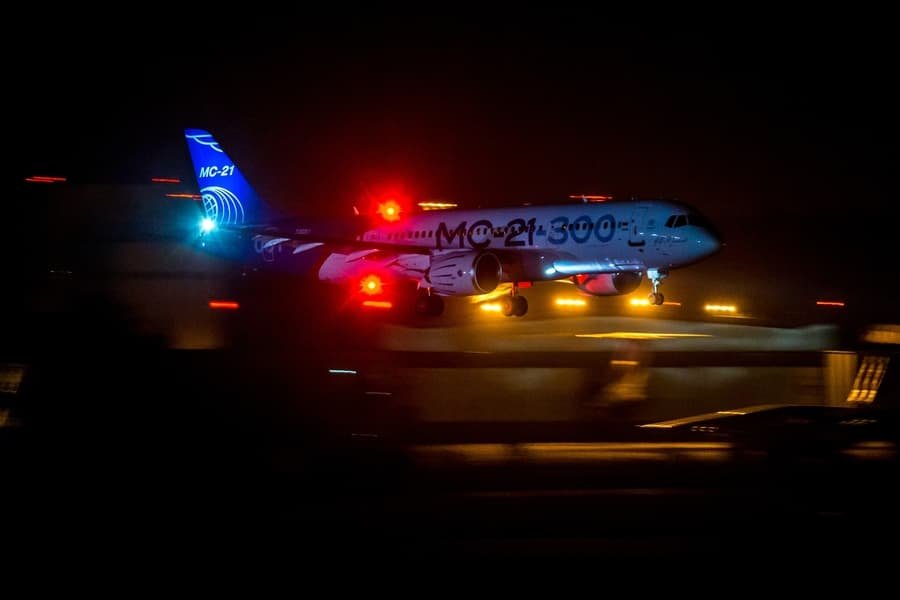 The new Russian airliner MC-21-300 has carried out a night flight for the first time to test landing, navigation and lighting equipment.

During a test flight at the Gromov Flight Research facilities located about 40 kilometers southeast of Moscow, a prototype of the MC-21-300 made its first night landing.

The single-aisle jet will initially be powered by PW1400G-JM engines, but Irkut will also offer the Russian PD-14 engine as an option. Its list price is announced at $91 million.