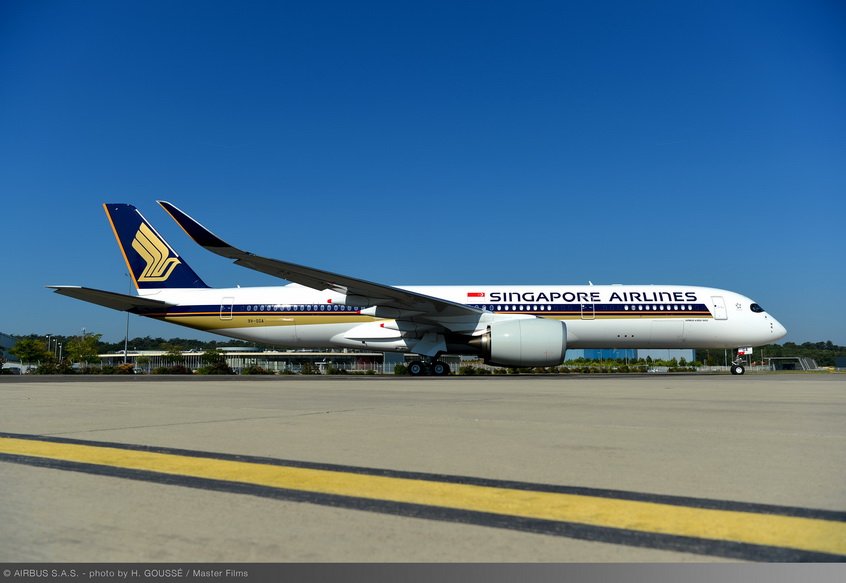 The latest variant of the best-selling A350 XWB is capable of flying further in commercial service than any other aircraft, with a range of up to 9,700 nautical miles, or over 20 hours non-stop. Altogether, SIA has ordered seven A350-900ULR aircraft, configured in a two-class layout, with 67 Business Class seats and 94 Premium Economy Class seats. 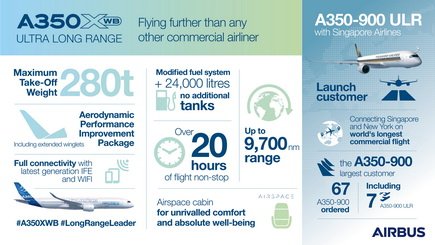 SIA will begin operating the A350-900ULR on 11th October, when it will launch non-stop services between Singapore and New York. With an average flying time of 18 hours and 45 minutes, these will be the world’s longest commercial flights. Following New York, the aircraft will enter service with SIA on two more non-stop transpacific routes, to Los Angeles and San Francisco.