Five dead after a helicopter crashed in New York City’s East River, the pilot was the sole survivor 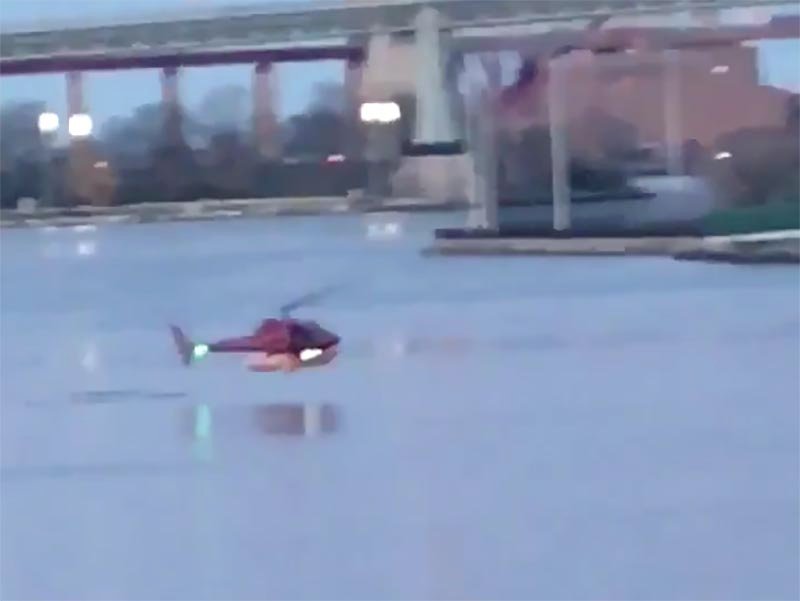 Two of the five passengers died at the scene and three were taken to two area hospitals where they later died, a spokesman for the New York City Police spokesman confirmed.

The pilot freed himself and was rescued. Police said he was treated and discharged from hospital in good condition.

Video posted on social media showed a red helicopter appearing to make a semi-controlled descent at around 19:00 (23:00 GMT) before landing with some force in the water

Moments before the helicopter crashed, the pilot frantically radioed for help, it has been reported.

The Federal Aviation Administration said the Eurocopter AS350 went down near the northern end of Roosevelt Island at about 7pm local time and it was investigating.