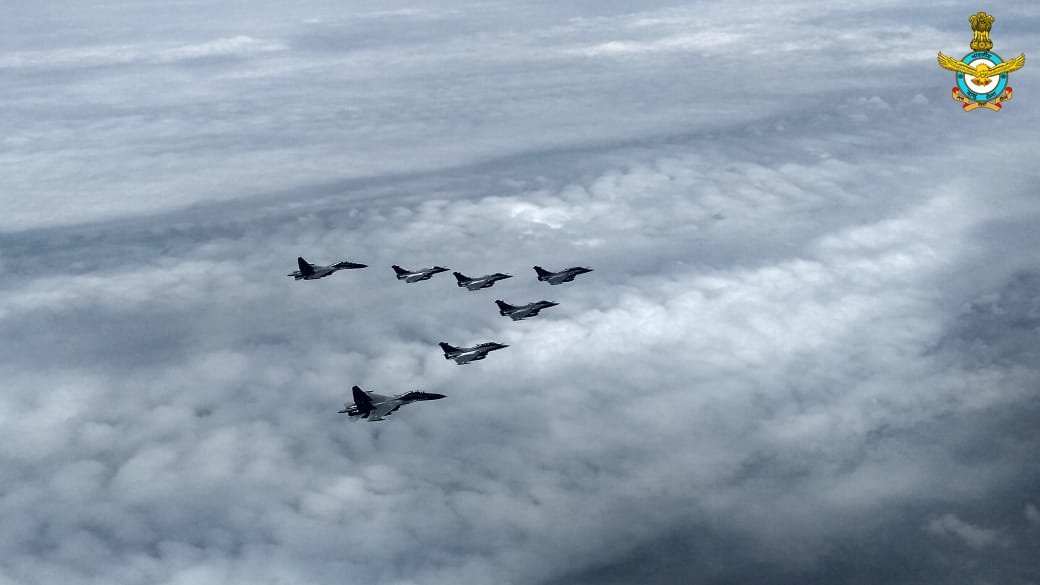 The first batch of five French-made Rafale fighter jets has arrived at an Indian Air Force (IAF) base, Indian officials said, as the country seeks to modernise its military amid security challenges with Pakistan and China.

They were being escorted by 2 SU30 MKIs and landed at the airbase in Ambala in the northern state of Haryana amid tight security on Wednesday.

Police and soldiers closed roads leading to the base, banned photography and enforced restrictions on gatherings of more than four people, police officer Abhishek Jorwal said.

“The birds have landed safely in Ambala,” India’s Defence Minister Rajnath Singh tweeted. “If anyone should be worried about or critical about this new capability … it should be those who want to threaten our territorial integrity.”

The jets – built by Dassault Aviation – were piloted by IAF officers as they took off from Merignac in southwest France on Monday.

The fighter jets are part of a $9.4bn deal signed with France in 2016. They are to be formally inducted in the IAF by mid-August.

The multibillion-dollar deal has been shadowed by corruption allegations levelled by the opposition Congress party, though Prime Minister Narendra Modi has rejected the claims.