BREAKING FlyDubai #FZ981 crashes at Rostov-on-Don Airport, Russia killing all 62 people on board 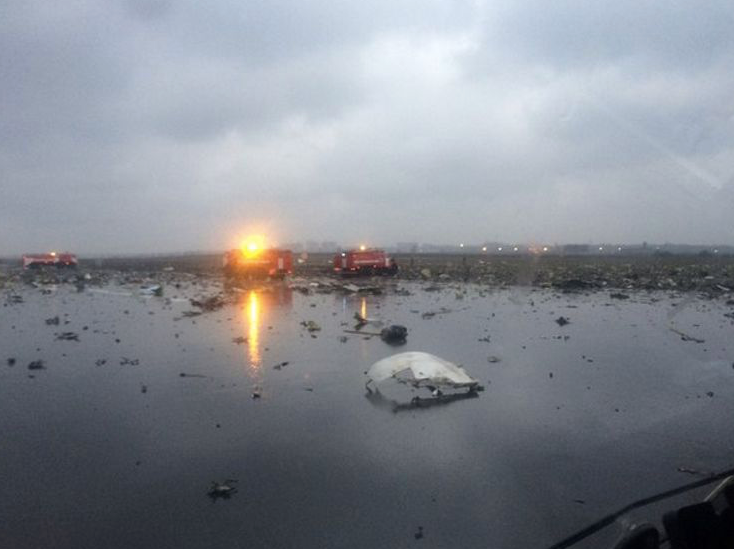 FlyDubai 737 has crashed in the southern Russian city of Rostov-on-Don, killing all 62 people on board, officials say.

The flight coming from Dubai, missed the runway as it attempted to land at 03:50 local time on Saturday.The aircraft involved in Saturday’s crash is 737 A6-FDN and has been with the airline since new in 2011.

The Boeing 737-800 attempted a first approach during heavy rain and went around. Flight FZ981 joined then an holding at 8000 feet waiting for an improvement of the weather.

In the meanwhile, flight SU1166 flight from Moscow attempted approaches and went around 3 times before diverting.

At the second attempt of Fly Dubai flight FZ981 , according to the ATC recordings the captain called for “go-around” but the airplane then – apparently – stalled, and came down with a vertical speed of more than 20.000 ft/min and crashed close to the runway.

UPDATE 08:35: Airline FlyDubai mourns the death of 55 of their passengers and 7 of their crew with the alteration of branding to dark grey 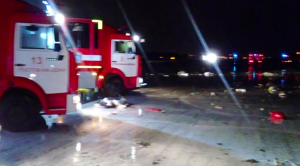