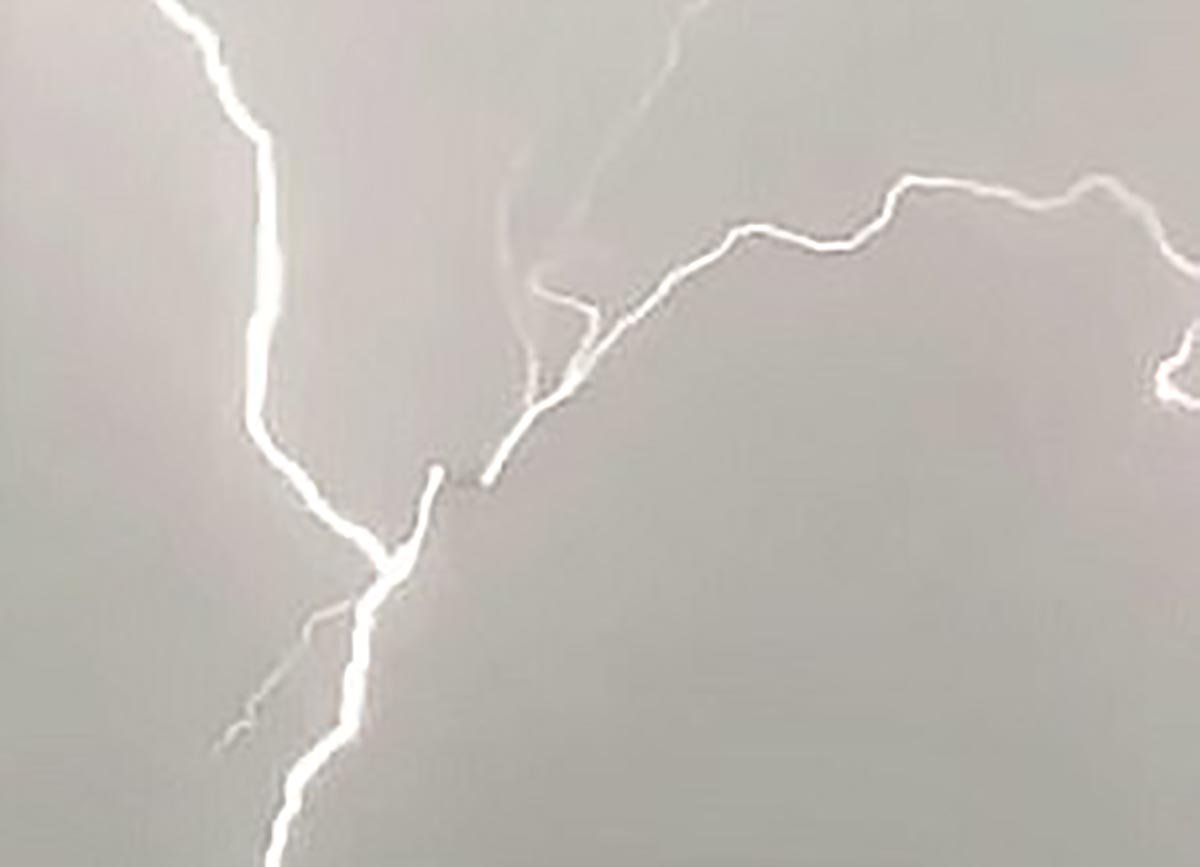 Footage captured over the weekend shows a plane being struck by lightning just moments before landing at Heathrow.

Video shot in central London shows the plane attempting to land in stormy weather passing just over buildings near the river Thames.

As it slowly descends the aircraft is suddenly struck by what appears to be three lightning bolts.

An eyewitness, who saw the moment from their seventh floor flat in Wapping High Street, central London, said: “What a moment to get the camera out.