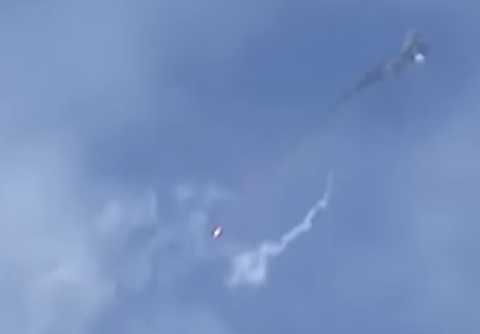 A video of Houthi militants downing a US surveillance drone in Yemen has emerged in the internet.

At the end of the video, a crowd of people is seen standing next to the burning wreckage of the drone.

China’s Xinhua News Agency quoted a statement by the Houthi group which controls the Yemeni capital Sanaa as saying that “the drone, a General Atomics MQ-9 Reaper, was shot down by a guided missile fired from our Rocketry Force.”