For the first time ever, an Airbus A340 has landed in Antarctica 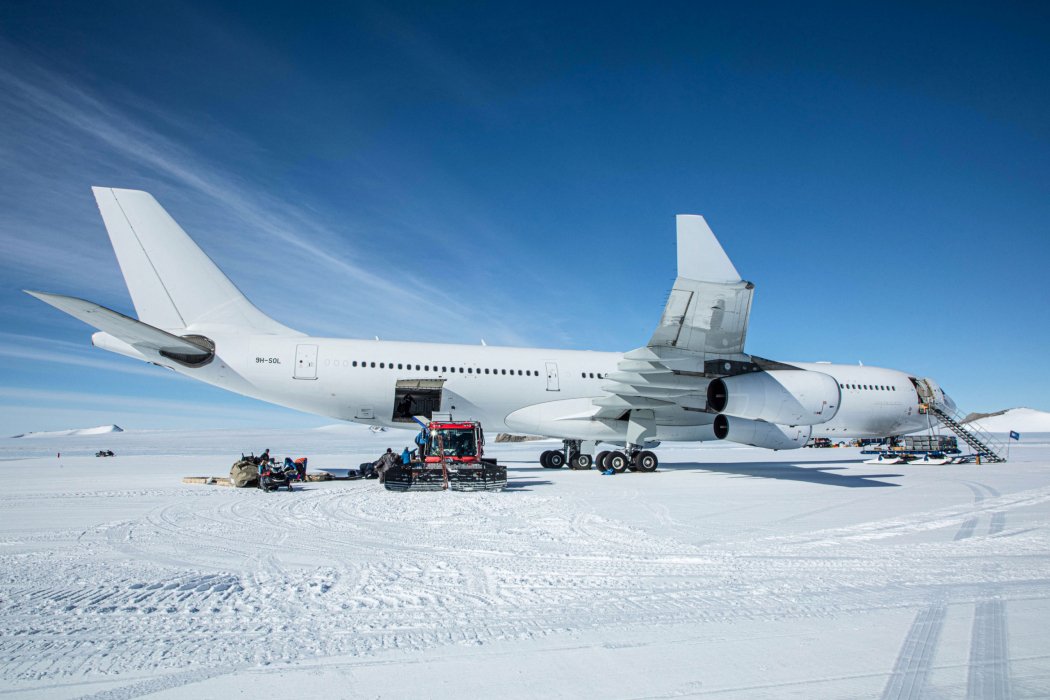 Hi Fly has made history once again, by landing, for the first time ever, an Airbus A340 in Antarctica.

Captain Carlos Mirpuri and his crew flew the widebody aircraft, from Cape Town to the White Continent and back; the journey is 2,500 nautical miles, flying for just over five hours each way.

Never before has an A340 landed on an Antarctic blue glacial ice runway. The aircraft will be used this season to fly a small number of tourists, alongside scientists and essential cargo to the White Continent.

Hi Fly 9H-SOL is an A340-313HGW (High Gross Weight) with a maximum take-off weight of 275 tons. It is an aircraft that delivers, every time. Highly reliable, comfortable, with an excellent safety record, the aircraft was carefully chosen to perform well in this extreme environment. Its exceptional range and 4 engine redundancy also makes it ideal for this type of remote operation. 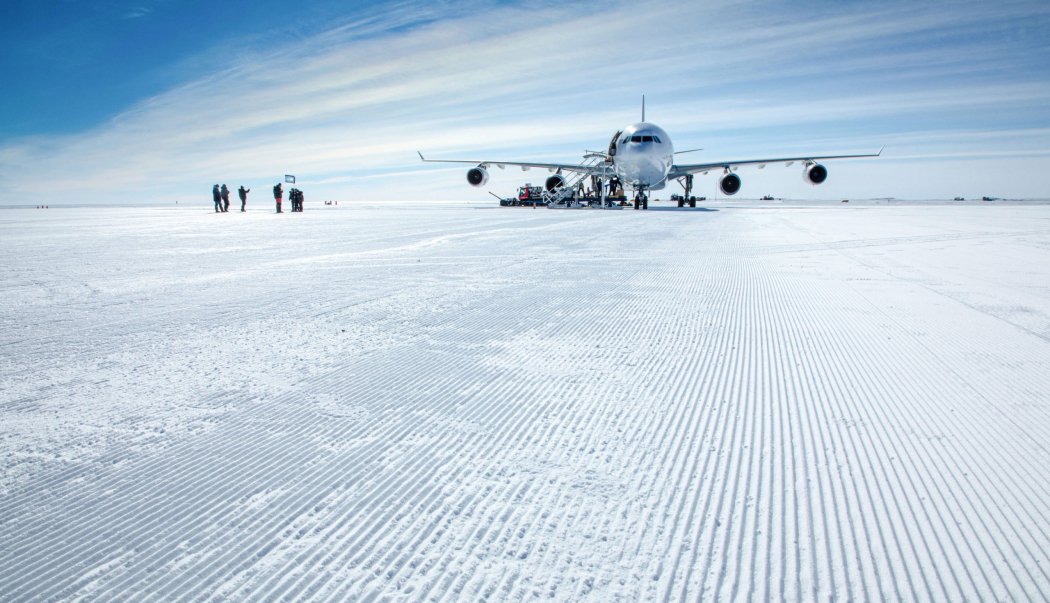 23 passengers were expected, all staff from the customer, and as this was the first flight of the season, most of the ground support equipment that would need in WFR (Wolf’s Fang Runway, Antarctica) was actually in the cargo compartments.

The route to WFR was almost direct, after complying with the instrument departure procedure clearance issued by CPT air traffic control. Soon we were handed over to Johannesburg oceanic through CPDLC / ADS, avoiding therefore the tiring and noisy long range HF communication that dates back to the 50’s.

Digital communication is the norm these days in most air navigation regions. Pilots only lost data link connection 250 miles before WFR.  But at around 180 miles from destination they could reach WFR via VHF. It is not an air traffic control, just a person that has a hand held portable radio that looks after the runway.

During the route the crew received via ACARS (another digital system of communication), frequent weather reports from WFR passed to them through our operations in Lisbon.