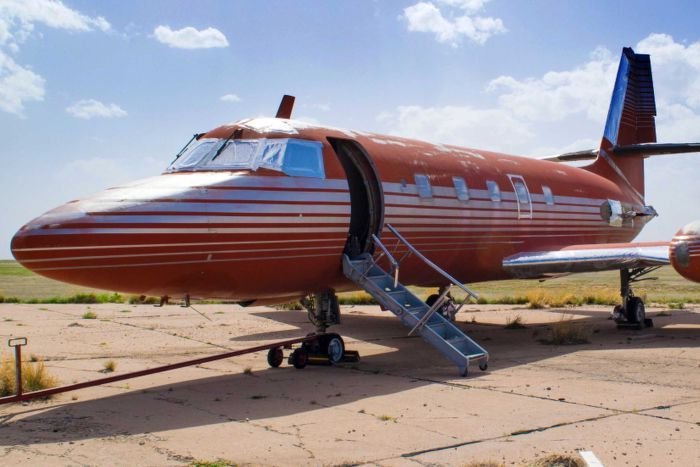 A 1962 Lockheed JetStar, one of three planes previously owned by Elvis Presley, has been listed for sale on online auction site IronPlanet. The sale includes FAA documents and invoices showing previous ownership by Presley.

The plane is being sold on an “as-is” basis. The aircraft is missing an engine, and needs a new paint job and refurbishment of the cockpit.

The listing shows that the auction closes July 27 at 9:34am PDT (subject to early close). Payment is due within 3 days, with the buyer responsible for transporting the plane within 8 business days of the auction closing.

The site doesn’t list bids, but at the time of writing shows 124 people watching the auction.

ABC News Australia says that previous auction house, GWS Auctions, claimed that the interior was in the same condition that Elvis left it. ABC also quotes luxury publication Robb Report as saying,”It’s not clear what one would do with the plane. It would have to be disassembled and transported somewhere — although it could potentially fetch millions if it was fully restored.”

The other 2 planes are owned by the Graceland Estate.