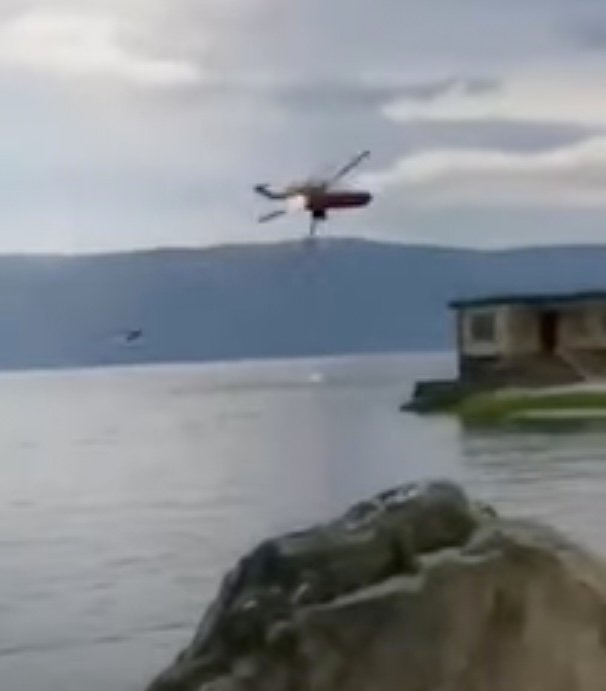 All the four crew members on board a Changhe Z-8AWJS helicopter were confirmed dead after the helicopter crashed into Erhai Lake in Dali City, China.

The helicopter attempted to draw water using a Bambi bucket to clear and irrigate a burnt area caused by a forest fire in southwest China’s Yunnan Province. The helicopter didn’t contribute to extinguishing the fire.

Two pilots died on the spot; two other crew members were rescued around midday Monday but died after emergency treatment on Tuesday.

Footage shared on the internet shows the helicopter spinning and falling into the waters with flames in the rear part.

The forest fire broke out on Sunday and was extinguished by 6:40 a.m. on Monday. The forest fire scorched around 48 hectares of land. A total of 2,532 people were mobilized to extinguish the fire, according to the forest and grassland fire prevention and control headquarters in Dali.

A total of 16 boats and around 500 rescuers carried out search and rescue efforts at the crash site. An investigation is being carried out into the crash.