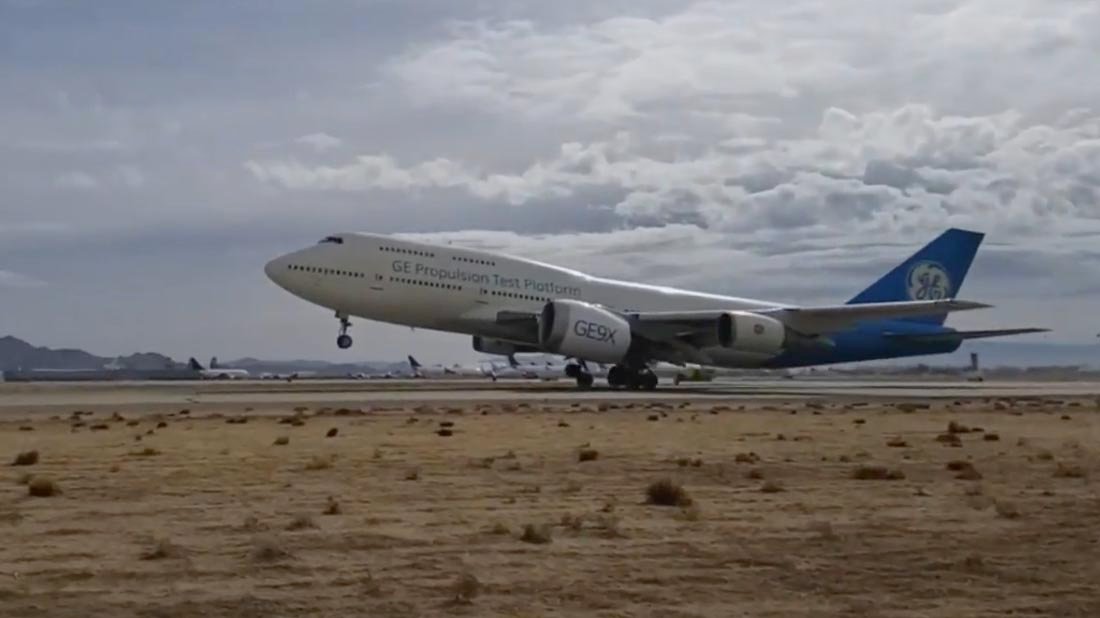 The GE9X engine lifted off on March 13 under wing of GE Aviation’s 747 flying testbed in Victorville, California, for its first flight test.

The engine that will power Boeing’s new 777X aircraft took to the air around 10:40 a.m. Pacific standard time and flew for more than four hours on its first flight.

During the flight, the aircraft and engine completed the entire test card and validated key operational and functional characteristics enabling the test campaign to progress in subsequent flights.

Certification testing of the GE9X engine began in May 2017. Beyond flight testing, the engine recently completed icing tests at GE Aviation’s facility in Winnipeg, Manitoba, Canada, and continues crosswind testing at the Peebles Test Operation in Ohio. Engine certification is expected in 2019.