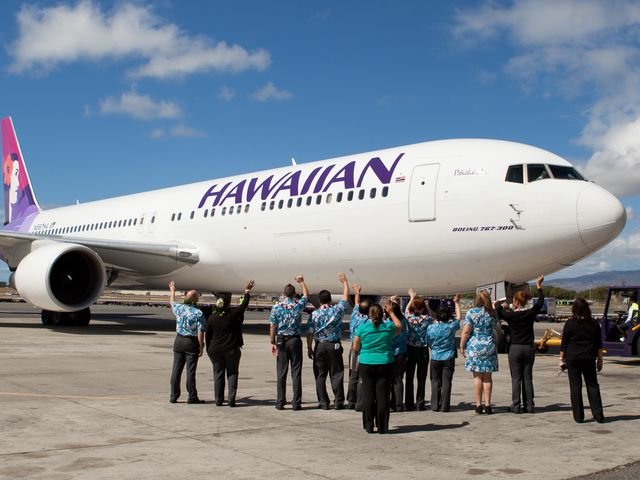 The Boeing 767 is no longer flying for Hawaiian Airlines, retiring after a run of more than 17 years at the carrier.

The airline’s last 767 widebody was sent into retirement Monday after completing Hawaiian Airlines Flight 19 from Sacramento, California, to Honolulu.

The airline commemorated the retirement with a ceremony at the gate, where Hawaiian employees greeted the flight’s 258 passengers and 10 crew with leis as they deplaned. Hawaiian adds that the aircraft – registration number N594HA – was given a traditional Hawaiian blessing after its arrival to Honolulu.

Hawaiian’s Boeing 767s helped the carrier grow its presence during the 2000s on trans-Pacific flights connecting Hawaii to the U.S. mainland and to Asia and Australia.

Hawaiian’s phase-out of the 767 comes as it has turned to the Airbus A330 for its longest routes and to the Airbus A321neo for some routes between Hawaii and the West Coast. Hawaiian also is scheduled to begin receiving its first Boeing 787-9 Dreamliners early next decade.

Hawaiian says it used its 767s to launch 16 new nonstop trans-Pacific routes, including new services between Honolulu and Sydney and Brisbane in Australia; Osaka, Tokyo and Sapporo in Japan; and Seoul in South Korea.