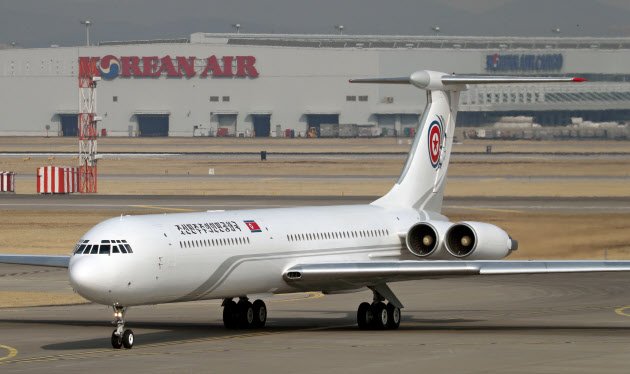 The Ilyushin-62 aircraft, marked in Korean script “Democratic People’s Republic of Korea”, the North’s official name, and its tailfin emblazoned with a Northern emblem, touched down at Incheon airport near Seoul.

Pyongyang notified Seoul on Sunday that the high-level delegation led by Kim, president of the Presidium of the Supreme People’s Assembly, would arrive to South Korea on Friday to attend the opening ceremony of the Feb. 9-25 PyeongChang Olympics.

She was greeted at the airport by South Korean Unification Minister Cho Myong Gyon.