HISTORY In 1991, All 129 survived a crash landing near Gottröra, Sweden. 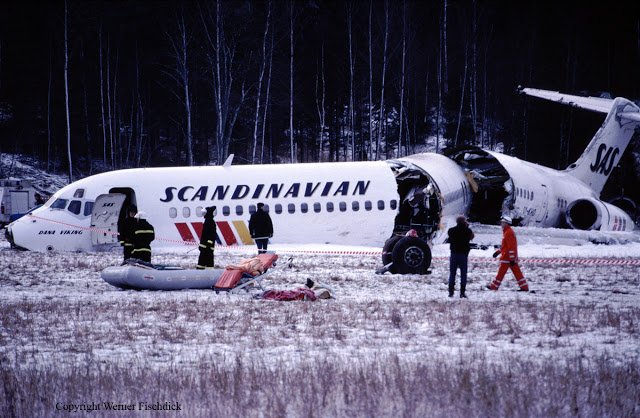 Before take off, ice had collected on the wings close to the fuselage, which broke off and was sucked into the engines as the aircraft became airborne. Both engine’s began to surge & the captain responded by throttling down a little, without the pilots knowledge it changed to automatic mode (ATR) which increased throttle setting with altitude. The high load from the surges caused the engines to break up & fail.

An off-duty captain, Per Holmberg entered the cockpit & assisted in troubleshooting, draft resolutions and strike planning. Per Holmberg repeated to the captain ‘Look Straight Ahead’ at least 20 times during the descent. The aircraft made a forced emergency landing in a field near Gottröra, Sweden. All 129 passengers & crew on board survived.