HISTORY In 2009, A Nigerian man attempted to blow up a Northwest Flight. 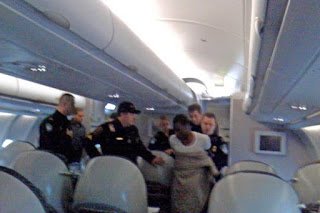 6 years ago today, Northwest Airlines Flight 253 an international passenger flight from Amsterdam to Detroit was the target of a failed al-Qaeda bombing attempt on Christmas Day.

The bomber in the Christmas Day bombing attempt was 23-year-old Umar Farouk Abdulmutallab, a Nigerian man who had concealed plastic explosives in his underwear but failed to detonate them properly.

Passengers tackled & restrained him while the pilot landed the plane. Three people were injured and Umar Abdulmutallab was arrested.

In January 2010, Abdulmutallab was convicted in a U.S federal court of eight criminal counts including attempted use of a weapon of mass destruction and attempted murder of 289 passengers & crew.