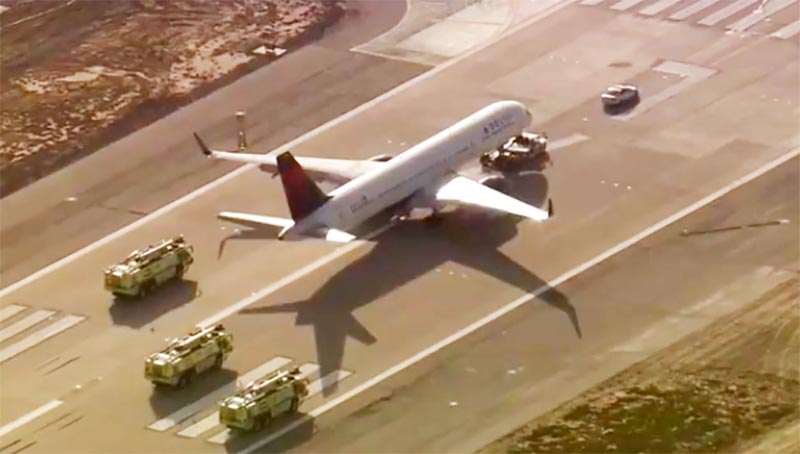 Delta Airlines plane made an emergency landing at Los Angeles International Airport this afternoon due to a possible issue with the plane’s hydraulic system.

Flight #DL1594 to Detroit Metropolitan Airport left LAX at 1:46 p.m. and landed soon after on runway 25R, the northernmost of the runways that lie south of the main terminal, according to Brian Humphrey of the Los Angeles Fire Department.

Firefighters called to the airport at 1:58 p.m. examined the Boeing 757-200 on the runway and found some leaked hydraulic fluid that apparently came from the jet’s left landing gear, he said.

A small amount of smoke came from the affected landing gear and firefighters sprayed water as a precaution.

Firefighters planned to follow the plane as it was towed to a maintenance area, where the passengers and crew would deplane.