An airline passenger has expressed her disgust after claiming she could see the breasts and underwear of a flight attendant.

But she was so shocked by the revealing uniforms worn by stewards of AirAsia that she wrote a furious letter of complaint to a Malaysian senator. 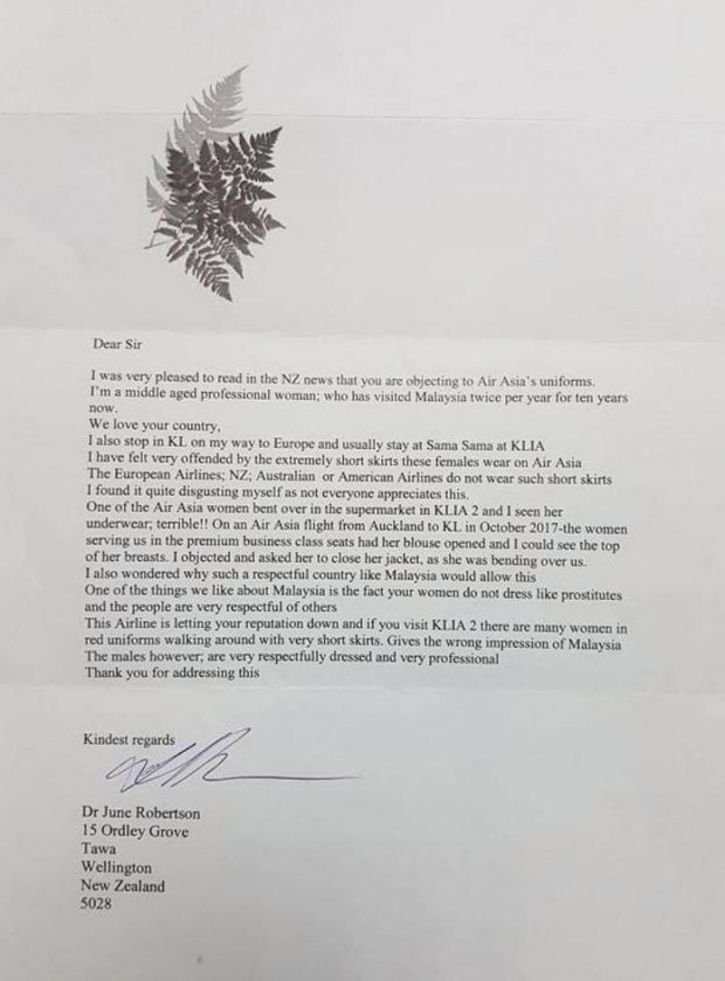 She wrote, “I found it quite disgusting myself as not everyone appreciates this. One of the Air Asia women bent over in the supermarket in (Kuala Lumpur International Airport) and I could see her underwear; terrible!”

She claimed that on a flight from Auckland to Kuala Lumpur in October, she saw that a flight attendant “had her blouse opened and I could see the top of her breasts”. She apparently asked the stewardess to close her jacket “as she was bending over us”.

But she had no problem with how the stewards were dressed – “The males, however, are very respectfully dressed and very professional”.