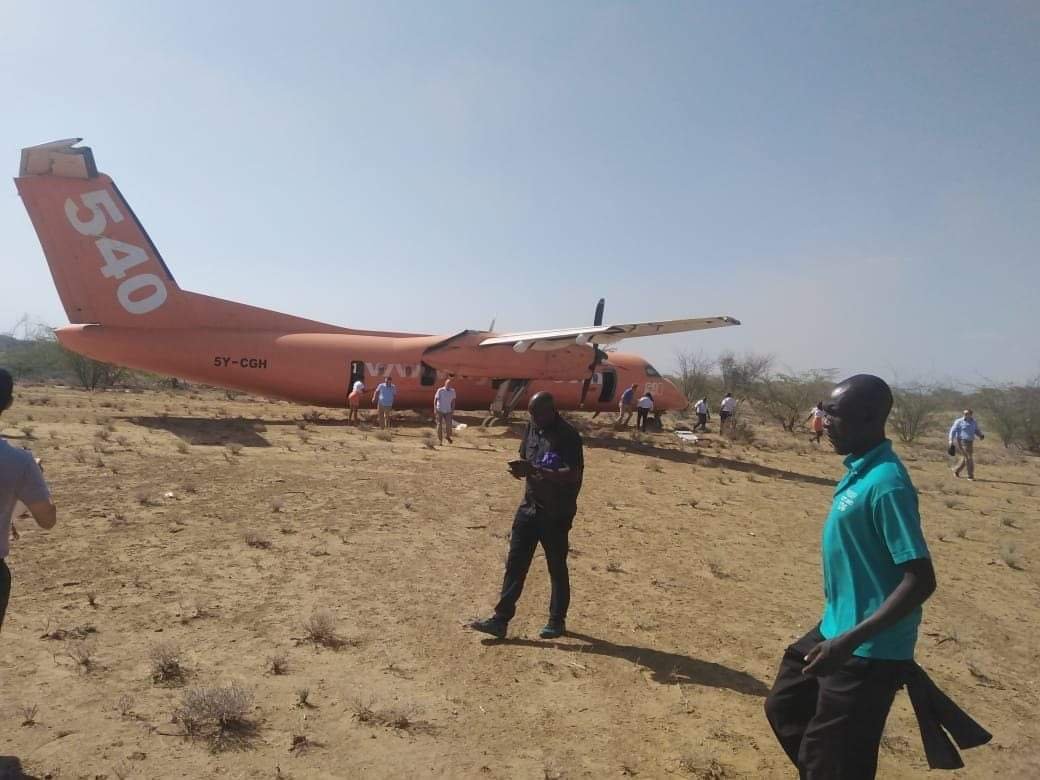 A Bombardier DHC 8-300 was forced to make emergency landing in Lokichar, Turkana County after it developed mechanical problems.

The plane with registration number 5Y-CGH was headed to Nairobi when the incident occurred at Kapese Airstrip on Friday morning.

“At 9:54am, Fly540’s DASH8 300 had a suspected foreign object strike which led to an engine failure. The Captain then declared an emergency landing,” a statement from the carrier said.

Passengers were seen disembarking from the aircraft and shortly afterwards, ambulances and security officers arrived at the scene.

There were no injuries reported. Fly540 however said the incident would cause delays in scheduled services over the next few days.