Iberia converts first Airbus A330 into a freighter 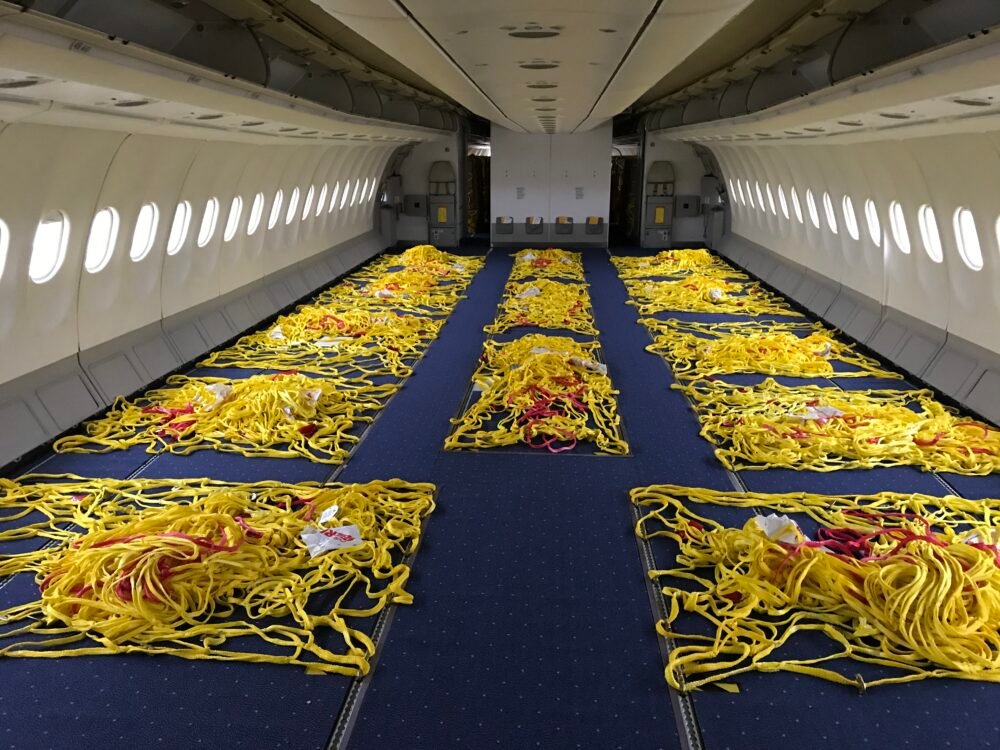 Iberia has completed the conversion of its first Airbus A330 into freighter, removing the economy and premium economy seats.

In addition to economy and premium economy seats, the Spanish flag carrier has also removed the crew rest and the bulkhead panels from the Airbus A330-300.

The ‘Preighter’ will fly between Madrid and Los Angeles four times a week throughout November. The aircraft has already completed it’s first flight.

“We’re expecting an increase in air freight demand in coming months and this in an opportunity we should try to seize. Under today’s circumstances, we must adapt better than ever to market demands, and this operation will help diversify our income streams while keeping our staff active.”

This conversion was done in Iberia’s Madrid maintenance hangar by Iberia’s MRO team, using Airbus guidelines. After removing the seats, carpeting was reinstalled with lights indicating the 33 cargo positions.

Cargo nets will be used to secure the cargo loaded on board. This conversion has been approved by the Spanish Air Safety Agency.