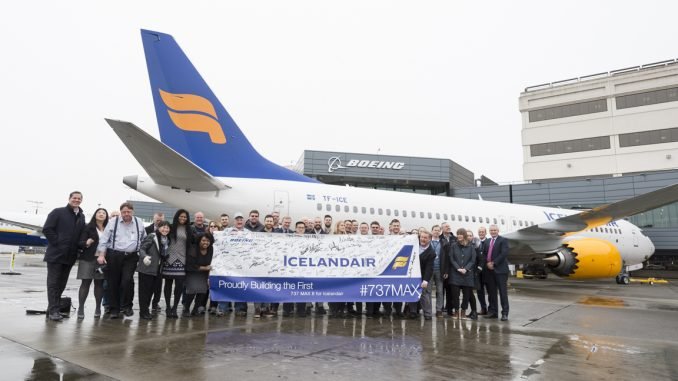 Wednesday 28th February saw Icelandair take delivery of their first Boeing 737 MAX 8, TF-ICE. Icelandair have a total of 16 on order which will be delivered by 2021 and expect a further two more aircraft to arrive this year. 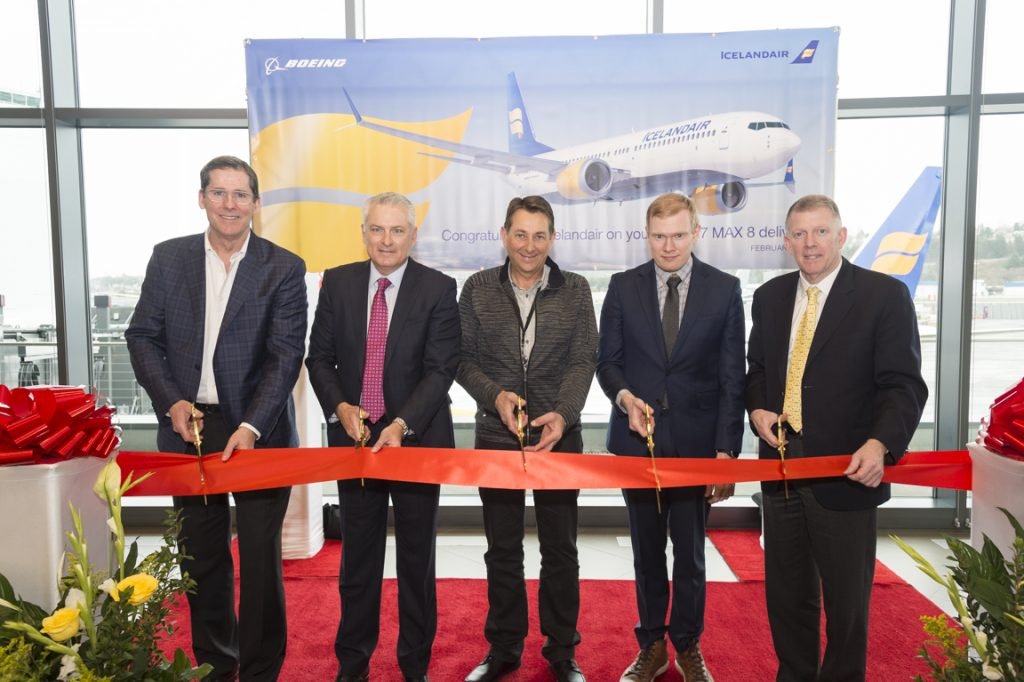 Despite speculations, it appears that the new 737s will not be replacing the famous 757s that Icelandair operate, but rather relieving the aircraft from lower capacity routes allowing for the larger 757s to operate more flights per day on higher demand routes in order assist with increasing demand for people travelling to Iceland and also to open new routes which are beginning to be announced this year.

So far, the MAX is confirmed to be operating to Icelandair destinations that include Dublin, Paris-Orly, Berlin, Bergen and Cleveland and it’s first revenue flight will be to Berlin on 6th April.

TF-ICE is still at Boeing Field and will be remaining there for pilot training and then will be flown an by the new Icelandair crew to Keflavík International airport, the home of Icelandair, just outside of Reykjavik in time for the inaugural flight to Berlin.