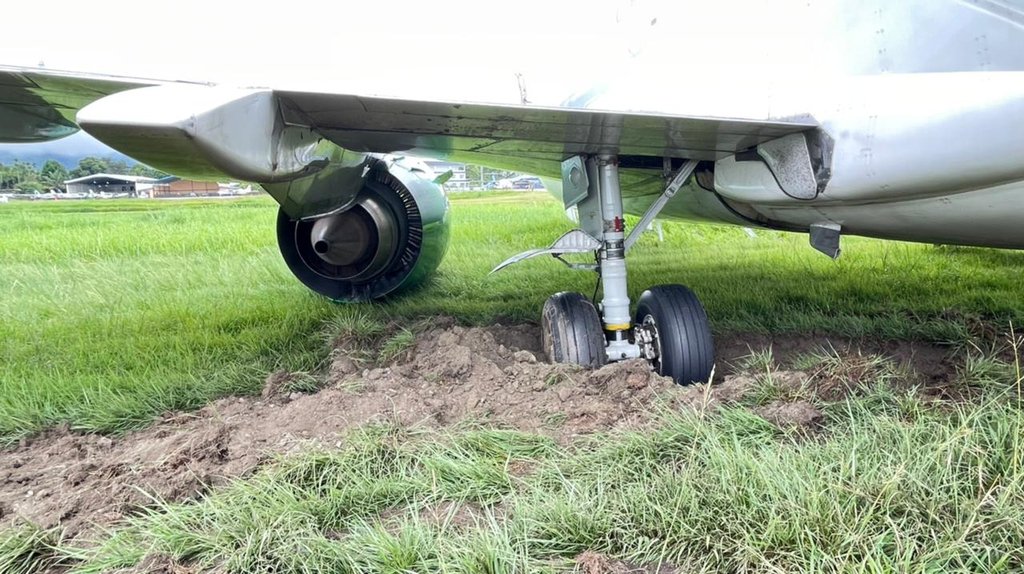 A Jayawijaya Dirgantara Boeing 737 freighter suffered a runway excursion after landing at Jayapura-Sentani Airport in Indonesia.

The aircraft safely landed on Jayapura’s runway 30 at 09:30LT but overran the runway and skidded off the runway by 50 meters, coming to rest on the grass. The aircraft was performing a freight flight.

The aircraft sustained minor damage. No injuries were reported as there were no passengers on board. The plane was towed back and returned to service at 12:50LT.

The Boeing 737-300 involved in the incident was initially delivered to Transbrazil in June 1986. The 35-year-old aircraft has been in service with Jayawijaya Dirgantara since 2019.