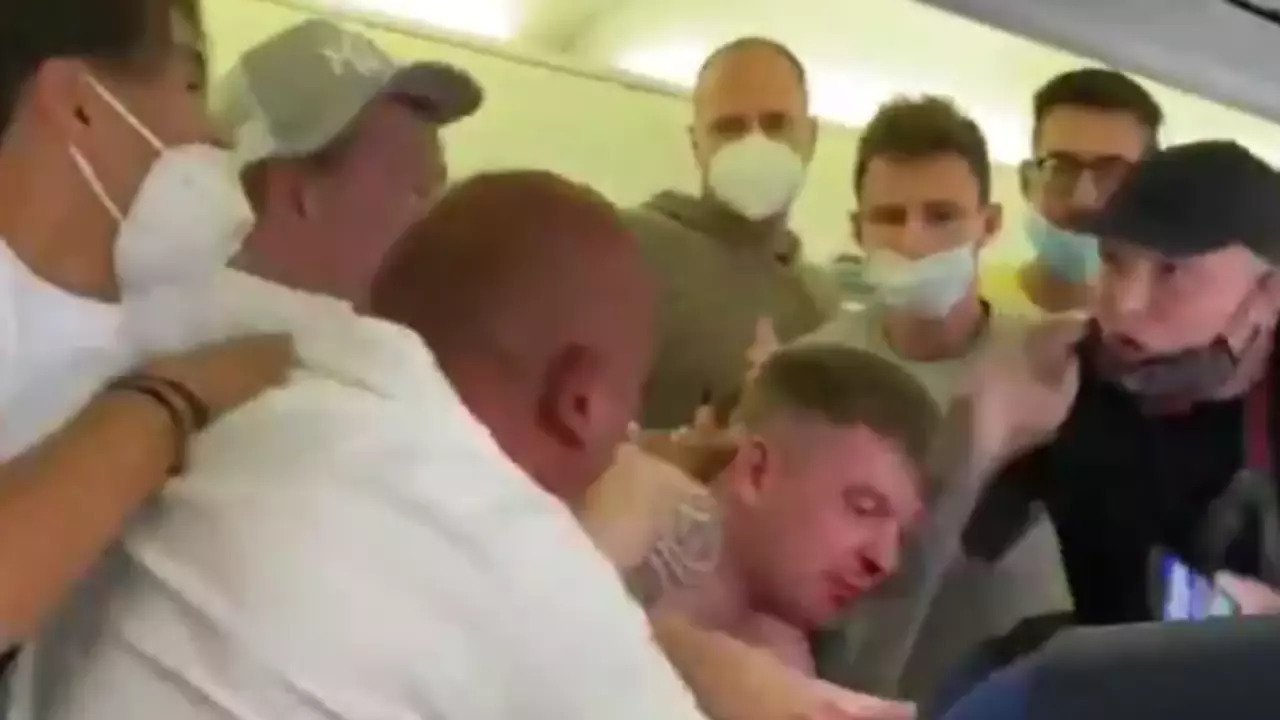 KLM said both men were restrained with the help of other passengers and were later arrested by Spanish police on arrival in Ibiza.

“Two unruly passengers refused to wear their face masks, and they were bothering their fellow passengers physically and verbally,” a spokesperson for the airline said.

“The pilot informed the local authorities and upon arrival, both passengers were arrested. The flight safety was not compromised during the flight.”

Video footage appeared to show British holidaymakers were involved in the brawl after the Boeing 737 took off from Amsterdam on Friday.