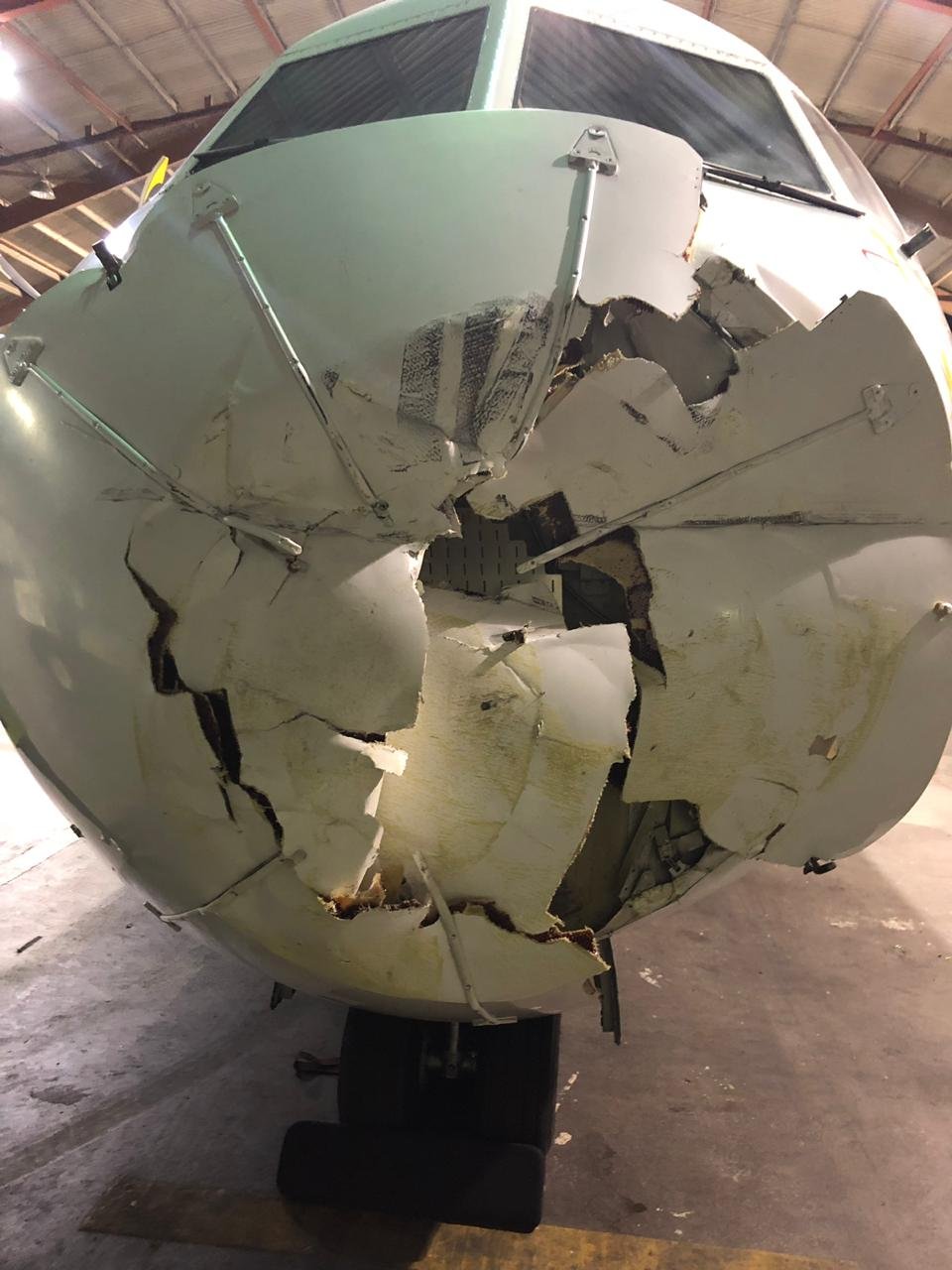 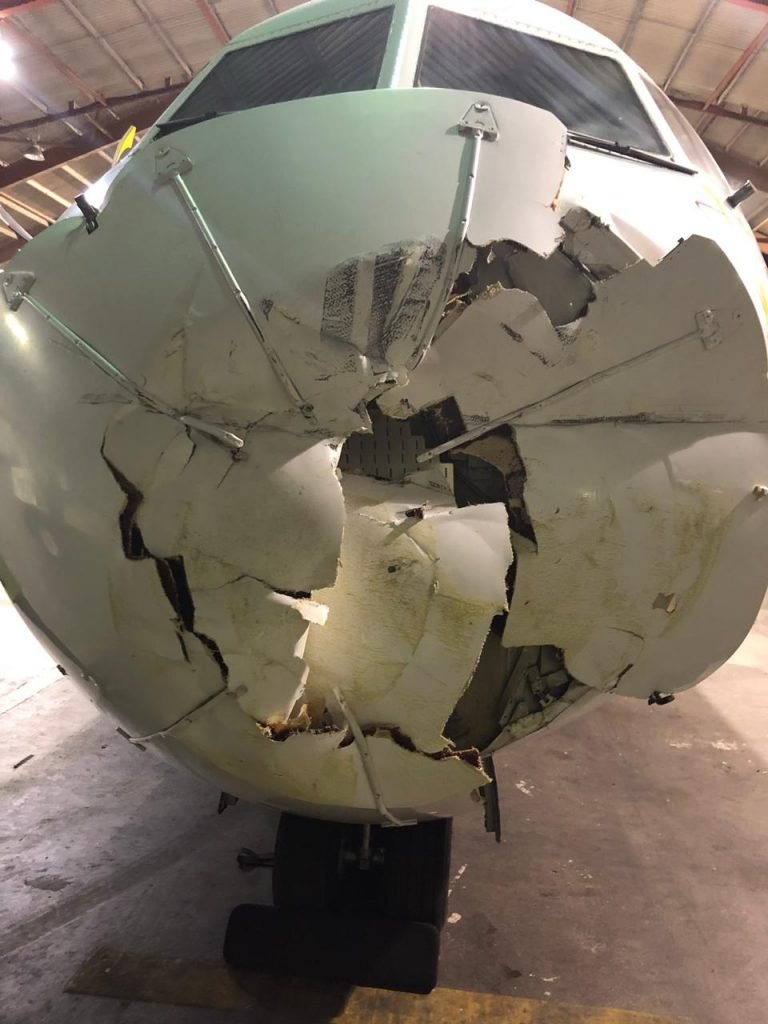 Caribbean Airlines ATR-72 (9Y-TTA) was severely damaged when it hit a wall during taxiing under maintenance guidance at Piarco Airport (POS), Trinidad & Tobago.

The aircraft was empty and no one on the ground was injured, but the plane’s nose was badly damaged.

CAL said in a release at about 11.15 last night a plane was being taxied from the ramp to a hangar when it crashed into a wall of the terminal building.

The plane was not in service, meaning there were no passengers aboard, and no employee of CAL was injured.

Investigations are in progress