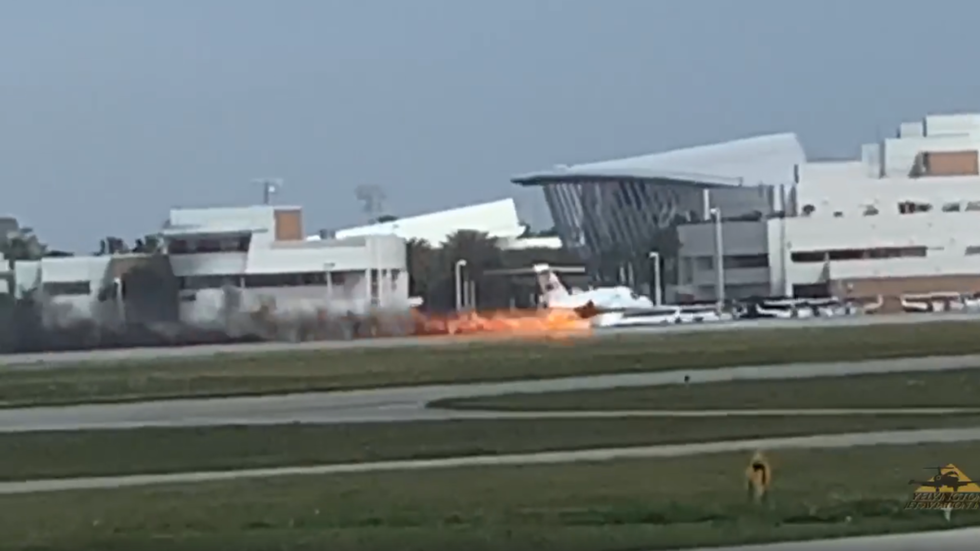 A dramatic landing of a twin-engine jet with two people on board at Daytona Beach International Airport has been captured in chilling footage that shows the small plane skidding down the runway engulfed in flames.

A fiery video of a Cessna Citation Mustang performing a landing without its gear in a tornado of sparks and flames was shared on Facebook by Yelvington Jet Aviation.

Smoke was seen rising from the aircraft as it came to a halt on the tarmac and firefighters rushed to extinguish the blaze. 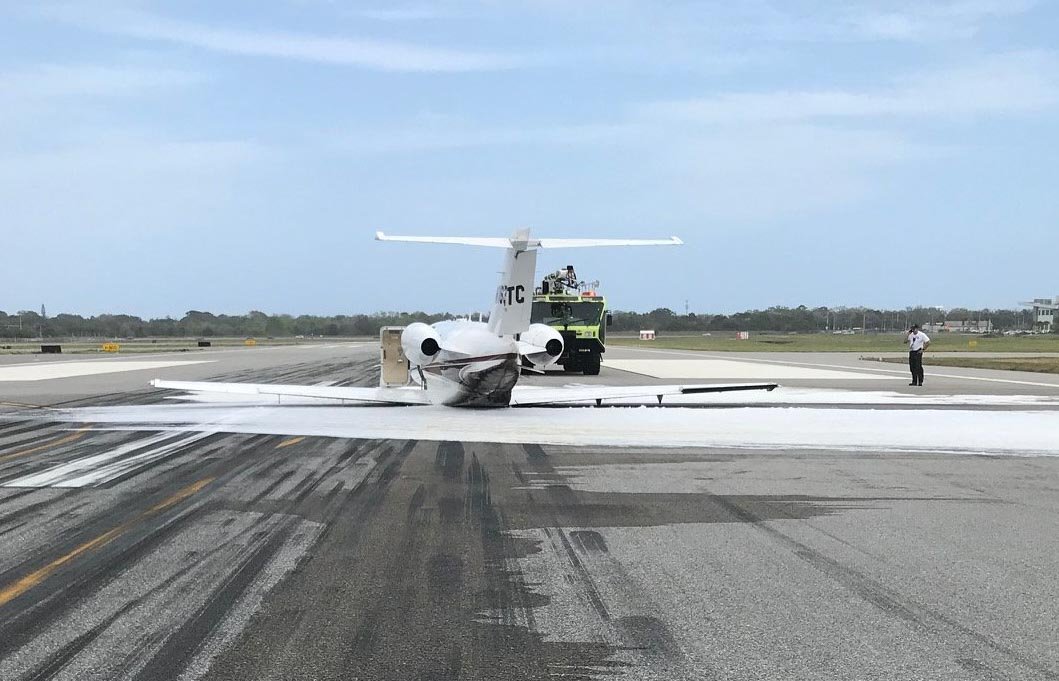 The exact cause of the incident that took place on Thursday afternoon remains unclear. It did not result in any injuries, but led to a temporary closure of both runways at the Daytona Beach International Airport in Florida as crews worked to remove the plane, inspect the area, and clean up the fuel spill.