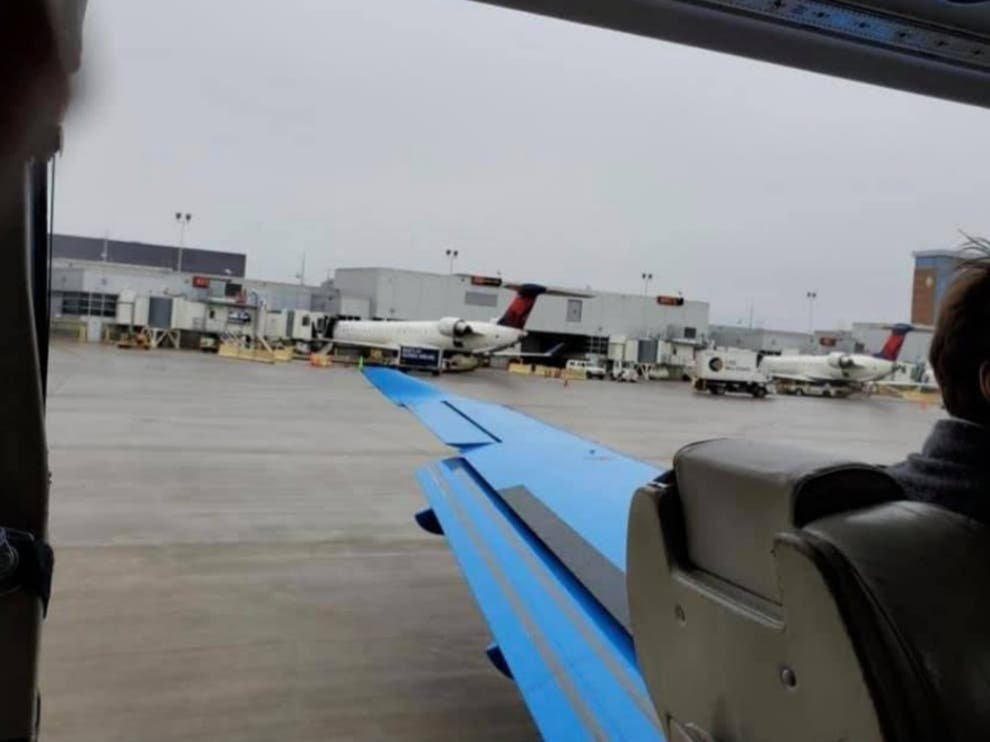 An emergency exit door on an aircraft broke off and flew into the runway just as the plane was about to take off.

The small eight-seater Boutique Airlines plane was taxiing down the runway at Minneapolis Airport when the incident occurred on 5 May.

A passenger’s bag also tumbled out of the plane when the door came off.

Tom Yon, the owner of the bag, described the experience as “scary”, reported KBJR-TV.

“The door just flew off, a loud bang, and the door flew off and the noise and the wind and everything. I didn’t even see my bag get sucked out of the plane,” he said.

He estimated that the plane was travelling at 100mph when the door flew off, adding: “If there had been a person sitting on the plane with a baby on their lap, I don’t know what would have happened.”

Mr Yon confirmed that his bag was returned to him around an hour later.

Take-off was aborted and the door was recovered from the runway, according to the Metropolitan Airports Commission.

No one was injured in the incident, which occurred at around 3pm.

Boutique Airlines, a private airline that does short hops its fleet of Pilatus PC-12 aircraft within the US, was operating the flight to Ironwood, Michigan.