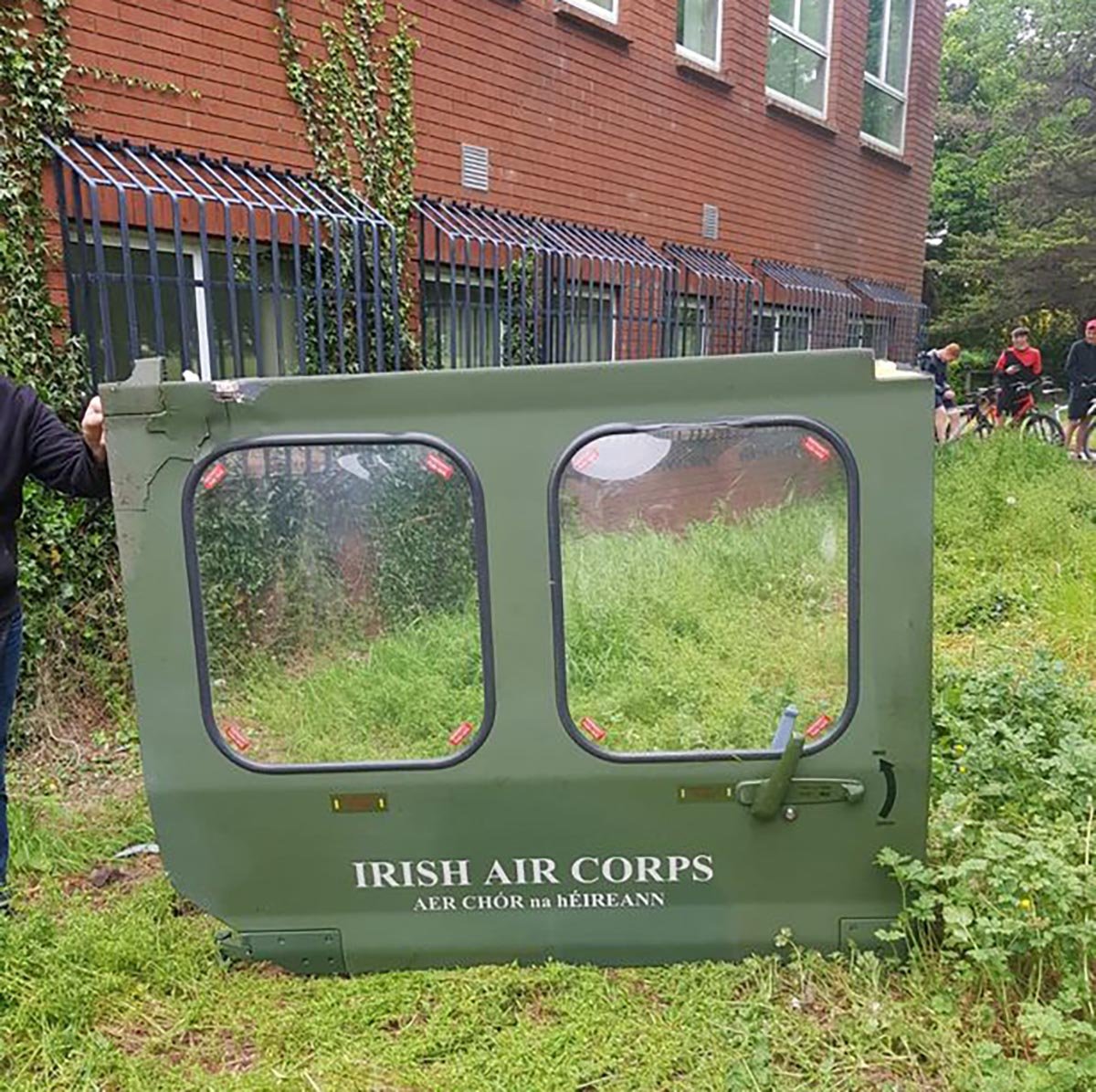 An investigation is under way after the rear door of an Air Corps helicopter detached and fell more than 250m into the grounds of a Dublin secondary school.

The crew of the AW139 aircraft had successfully completed a life-saving mission to a Dublin hospital and were returning to Baldonnel Aerodrome for fuel when the incident took place at 5.52pm on Thursday evening.

Locals in Clondalkin, Dublin, find a helicopter door in Corkagh Park after it had fallen off an Air Corps helicopter flying overhead this evening pic.twitter.com/Mf2eNjMuJ5

The door fell into the grounds of Moyle Park School, a boys’ secondary school in Clondalkin.

The incident was witnessed by several people on the ground though nobody was hurt.