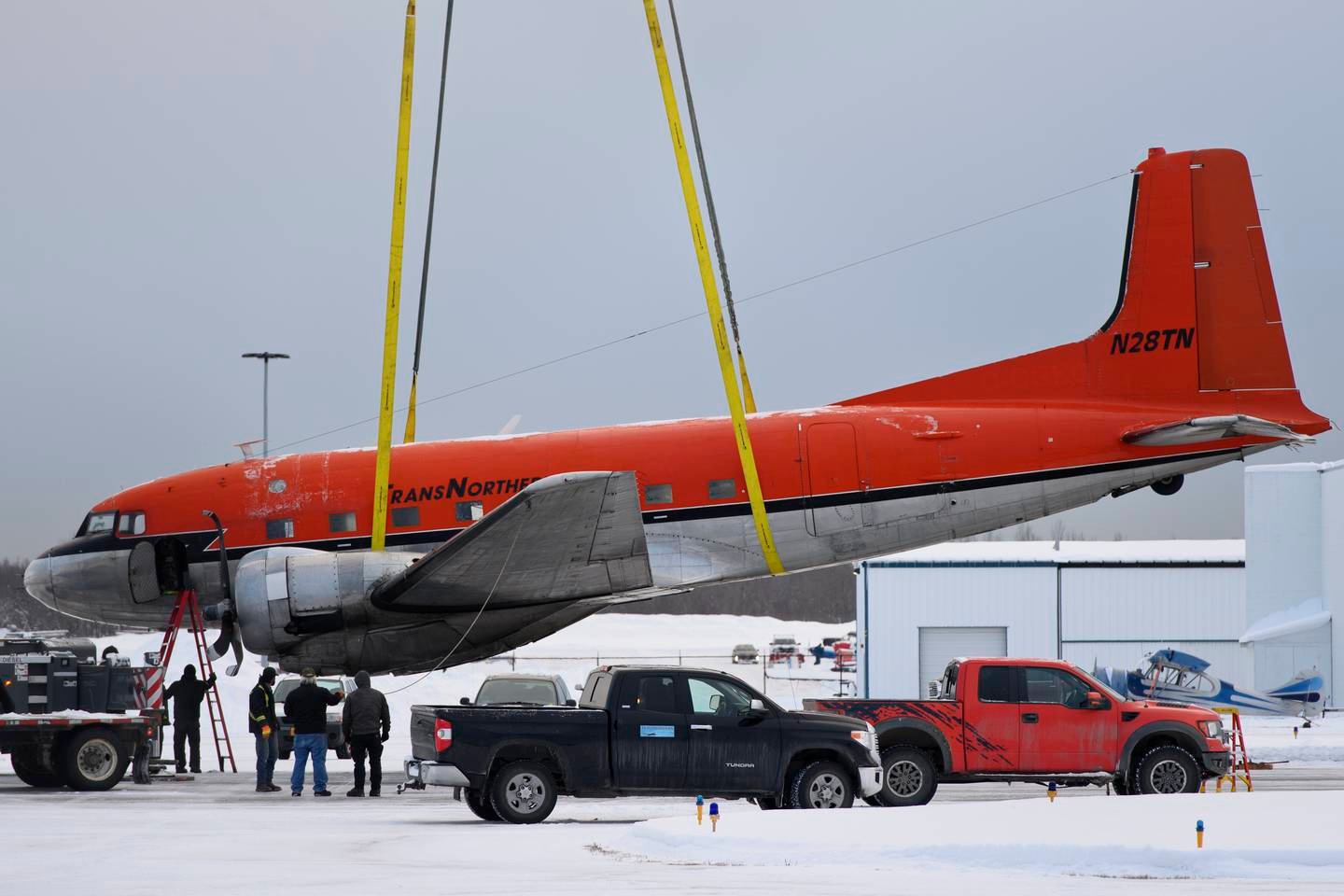 The TransNorthern Aviation Douglas DC-3 landed with wheels up on runway seven around 10:40 a.m., said Clint Johnson, president of the NTSB’s Alaska office.

The preliminary investigation points to a loss of power in one of the plane′s two engines, he said.

Johnson said he believes two people were in the plane, but no injuries were reported. It was not immediately clear if the plane was damaged or to what extent. The plane had been headed to Kodiak, Johnson said.

The runway had reopened to traffic as of about 4:45 p.m. Wednesday, Mayor Dave Bronson’s office said in a statement.

The aircraft involved was built in 1943.