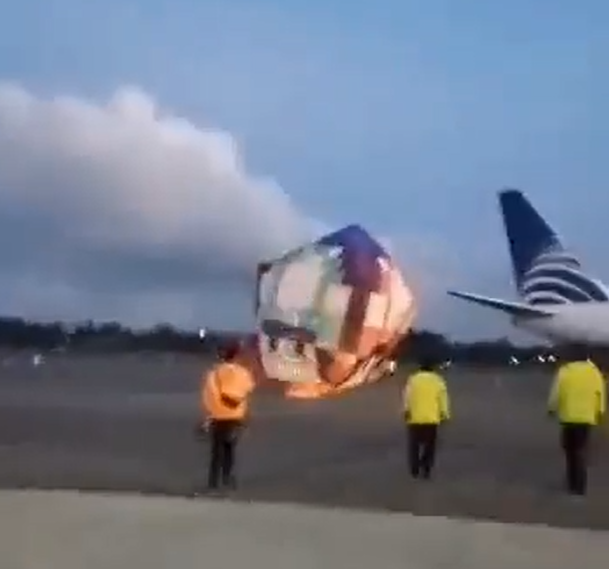 As seen on footage shared on social media, the balloon nearly hit a Copa Airlines’ Boeing 737 parked in the apron. No one was injured in the event.

A similar incident also took place in Colombia. Last month, a balloon fell on top of a jet bridge in Colombia, narrowly avoiding two aircraft parked at the airport. Commenting on these incidents, the airport’s manager said:

“We are urgently calling not only the people that threw this balloon but to everyone that still undertakes this activity, for them to see the danger the activity poses. We ask them to be more responsible.

“We insist that these activities should not be undertaken, especially in areas so close to the airport, because (the balloons) can become an accident or incident risk, impacting the operations,” he added.