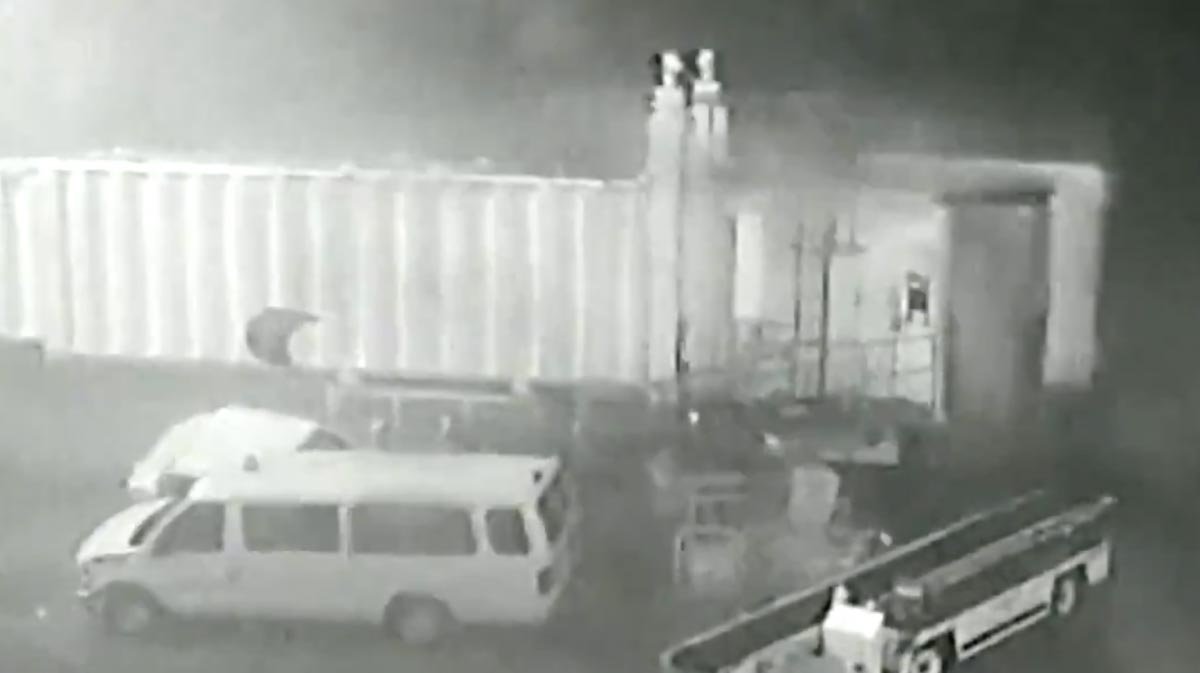 Strong storm winds in Memphis, Tennessee, blew a jetbridge weighing several tonnes across the tarmac at the airport.

The bridge collided with other vehicles on the airfield in the process.

The incident was caught on Memphis Airport’s CCTV, which demonstrated the sheer power of the storm in dramatic fashion.

Sharing the footage on social media, the airport tweeted: “Check out this surveillance video from Gate A27 at MEM during Monday’s tornadic storm: That’s a jet bridge weighing several *tons* being blown into the side of a concourse.”

Memphis Airport clarified that no one was injured in the incident, which took place at 6.34am.