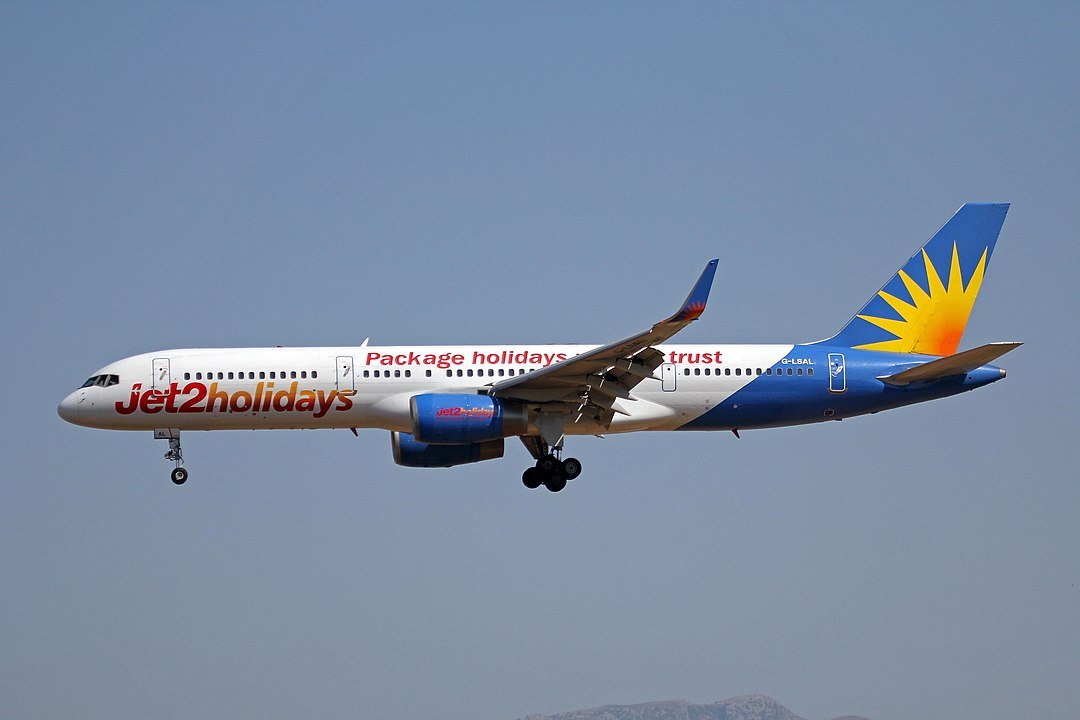 A Jet2 Boeing 757 suffered an engine issue due to bird strike on takeoff from Manchester.

The Boeing 757-200 (reg. G-LSAN) was performing a test flight from Manchester with no passengers and low fuel. The aircraft took off from runway 05L when the right hand engine emitted a loud bang and streaks of flame possibly due to a bird strike.

The aircraft circled off at 5000 feet to burn fuel and returned to Manchester for a safe landing on runway 05R about 25 minutes after departure. 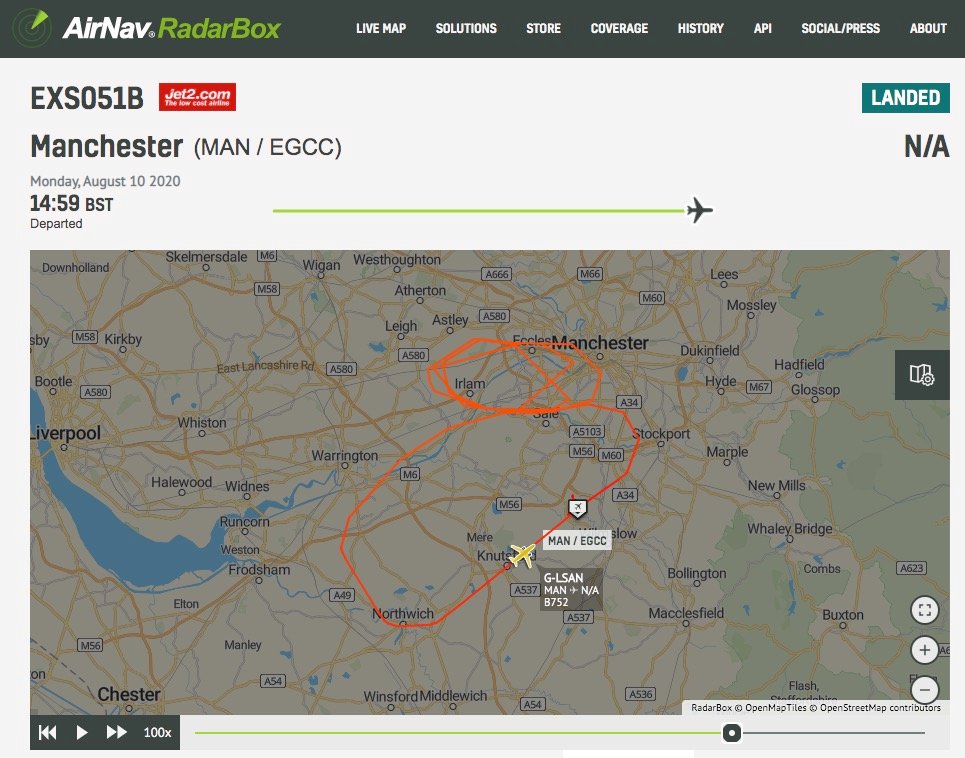 One witness said they heard “loud bangs above” after the jet took off and looked up to see that “the engine had flames coming from it”.

A spokesperson for the airline said: “One of our aircraft on a routine test flight followed procedure and returned to Manchester Airport this afternoon, after the crew reported a minor fault.