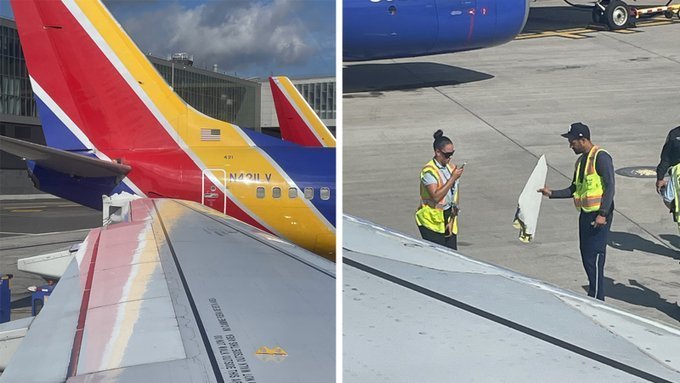 The wing of a JetBlue Airways plane clipped the wing of a Southwest Airlines jet at New York’s LaGuardia Airport Sunday morning.

As JetBlue Flight 2519 was being pushed back from its gate at around 9:40 a.m. Sunday, the plane’s left wingtip hit the right wingtip of an empty Southwest plane parked at an adjacent gate, the FAA said in a statement.

FAA air traffic controllers were not directing the aircraft when the accident occurred, the agency said.

The JetBlue aircraft was an Airbus A320 and the Southwest plane was a Boeing 737, the FAA said.

“We are aware that an aircraft belonging to another airline came in contact with a portion of the wing of a Southwest Airlines aircraft that was parked at a gate at New York’s LaGuardia Airport,” Southwest Airlines said in a statement. “There were no Crew Members or Passengers onboard at the time and the aircraft is now out of service to allow our Teams to make necessary repairs.”