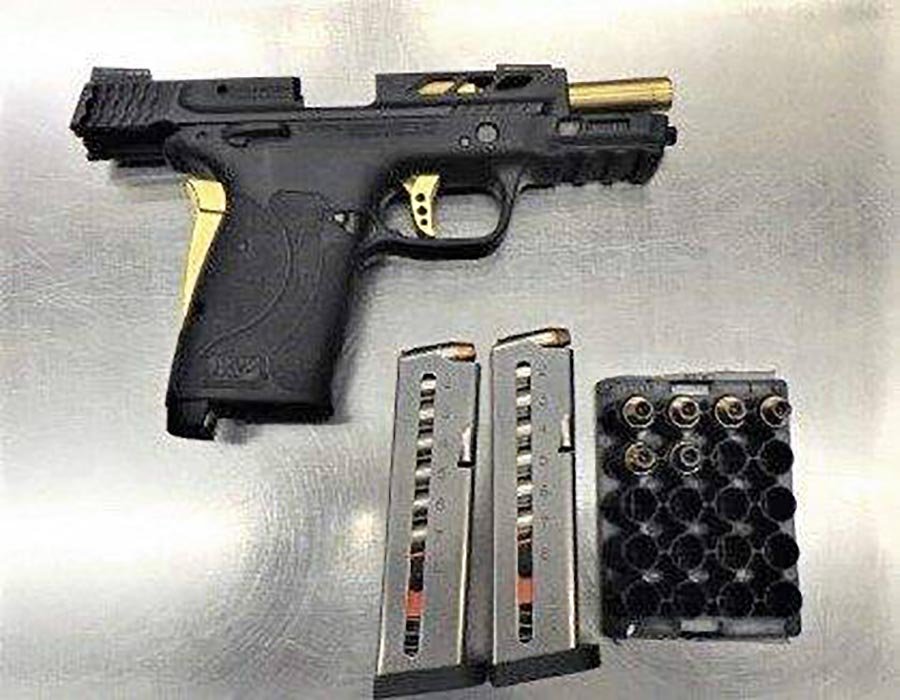 Federal Transportation Security Administration officers found it in an X-ray machine around 5:20 a.m. at the main security checkpoint and alerted county police.

The TSA said the black handgun with a gold-colored trigger was loaded with six bullets, including one in the chamber. She also was carrying an additional magazine with seven bullets and six more loose bullets in her carry-on bag.

The 25-year-old woman, who the TSA said is from from Brownsville, did not have a valid concealed carry permit, county police said. The FBI was notified.

County police did not identify the woman, who they said was being charged by summons. County police took the gun.

Passengers who bring firearms into an airport checkpoint can face federal civil fines from the TSA up to $10,000, county police said. Repeat offenders can be fined up to nearly $14,000.