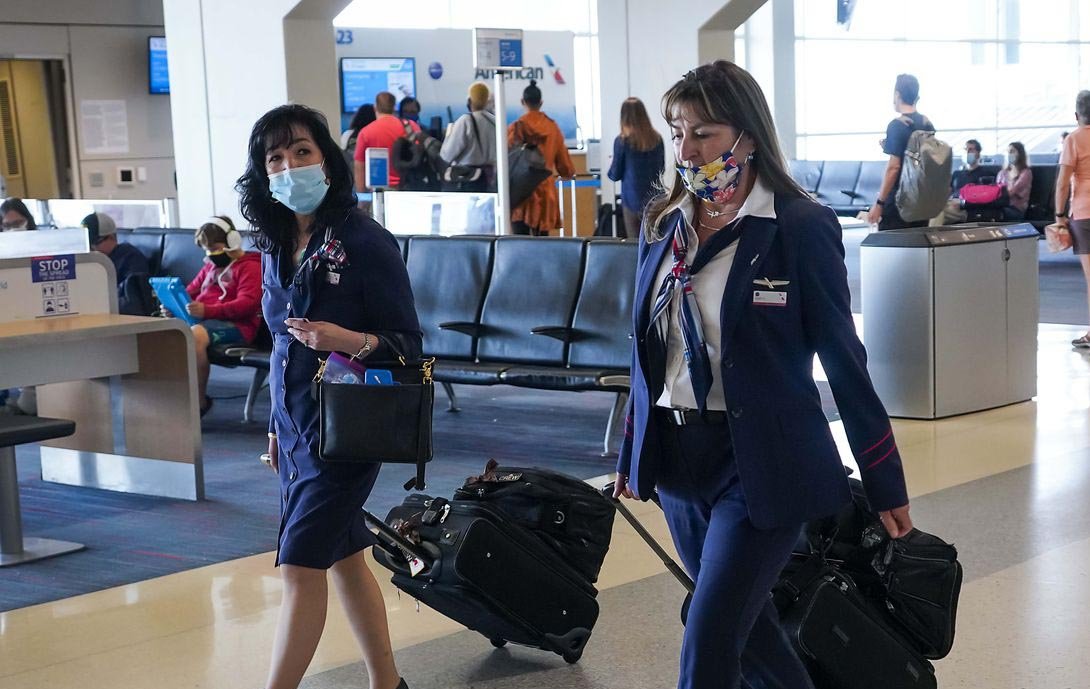 In a shocking incident, a male passenger punched a female flight attendant on an American Airlines flight from New York City to Orange County, California after refusing to wear a mask.

The assault by the passenger forced the pilot to divert the plane to Denver.

According to witnesses, the passenger punched the flight attendant twice in the face forcing American Airlines flight 976 to make an emergency landing at Denver International.

Mackenzie Rose, a passenger on the flight, was quoted as saying by Daily Mail that the flight attendant went back to her seat ‘with blood on her mask’. A photo on Twitter showed crew members and passengers holding the man to his seat with duct tape.

American Airlines later released a statement following the plane’s landing arrival in Denver, expressing their ‘outrage’ at the incident and promising to ban the individual, who has not yet been named, from all future American Airlines services’.

The man was arrested by police after the plane landed at Denver airport. According to Denver Airport Police, the accused was taken into custody and the FBI is investigating the incident. The passenger assaulted the flight attendant after she asked him to put on a mask.

“I understand that he actually punched her twice. I saw her walk back down the aisle afterwards and she had blood splattered on the outside of her mask. In terms of men hitting women, it’s absolutely absurd and ridiculous,” added Rose.