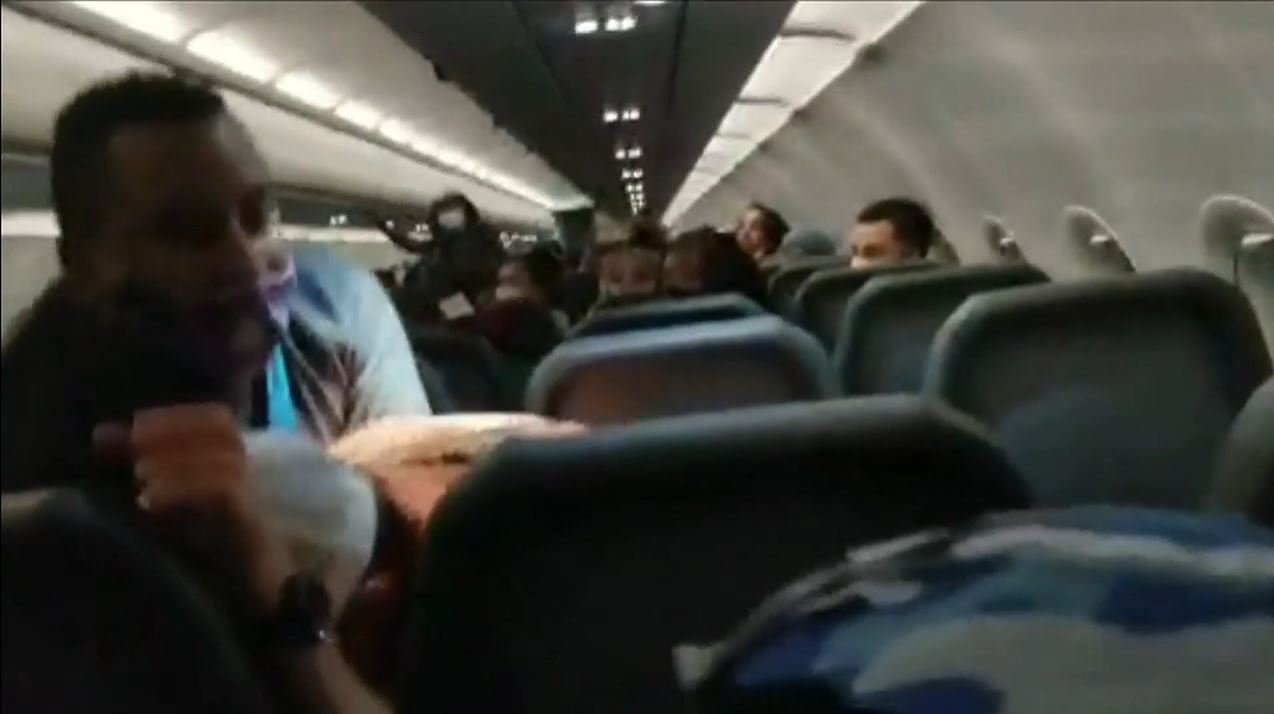 A belligerent passenger was arrested after causing chaos during a flight to South Florida, authorities said.

The situation got so bad that flight attendants had to duct tape the man to his seat.

Cellphone footage shows the accused frisky flier, Maxwell Berry, 22, being duct-taped to the back of a seat on Saturday’s Frontier flight from Philadelphia to Miami, where he was arrested by awaiting cops on three counts of battery.

The video also shows Berry scuffling with a male flight attendant and yelling profanities while sitting in a window seat. An arrest report alleges Berry ordered two drinks and then asked for another before brushing his empty cup against the backside of a female flight attendant.

The flight attendant told Berry “don’t touch me” before he started to complain about his gum and wrapped it in a napkin, the arrest report shows.

Berry proceeded to spill his new drink on his shirt, prompting him to go to the bathroom and come out “shirtless,” according to the report. He then walked around the plane for roughly 15 minutes before groping the chest of two flight attendants, police said.

“He came from behind and put his arm around both of them and groped their breasts again,” the arrest report reads.

Berry later punched a male flight attendant who was asked to watch him following the in-flight chaos, according to the arrest report.

Frontier Airlines said a passenger made “inappropriate physical contact” with a flight attendant and assaulted another during the caught-on-camera incident.

“As a result, the passenger needed to be restrained until the flight landed in Miami and law enforcement arrived,” Frontier Airlines told WPLG in a statement. “The flight attendants will be, as required in such circumstances, relieved of flying pending completion of investigation of the events.”