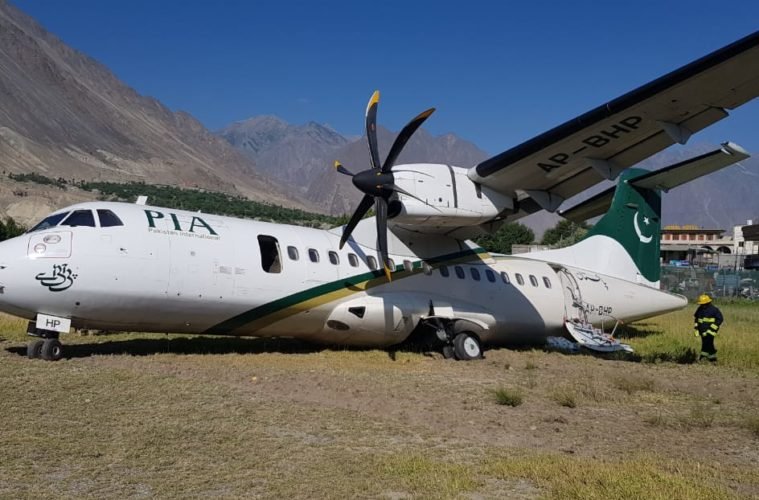 An ATR-42 of Pakistan International Airline (PIA) skidded off the runway while making attempt to land here at Gilgit airport on Saturday.

All passengers remained safe in the incident, the airlines’ spokesperson, Mashhood Tajwar, said in a statement.

He said the pilot skillfully regained control of the plane after the ATR-42 aircraft “slid off to the unpaved [area] to a minor extent during landing”.

The flight #PK605 was carrying 53 people, including crew members, from Islamabad to Gilgit, according to the Gilgit deputy commissioner. The aircraft was pictured resting on its right side after coming to a halt in a grassy area next to the tarmac.

The runway at Gilgit airport was temporarily closed after the incident. When it reopened, PIA’s return flight #PK608 took off for Islamabad.

He added that action would be taken as per aviation rules if any negligence is proven during the investigation.

The two pilots of the flight involved in the incident have been grounded till the completion of the probe, Tajwar revealed.