A Ryanair flight, 166 passengers and six crew, approaching Bergerac airport in poor weather conditions flew too low for more than two minutes and was ordered to ‘pull up’ by an automated safety system.

The jet, which was travelling between London Stansted and Bergerac, France triggered several altitude warnings on its approach to the airport – which included the critical ‘pull up’ instruction when the jet was just 842 ft above the ground while it was 8 nm from the runway.

Shortly before the ‘pull up’ alert sounded, the crew received a ‘terrain’ warning which warned them that they were flying too low.

At the time, the first officer, who was flying the aircraft, was conducting a turn in heavy cloud and did not have ‘any visual references’. 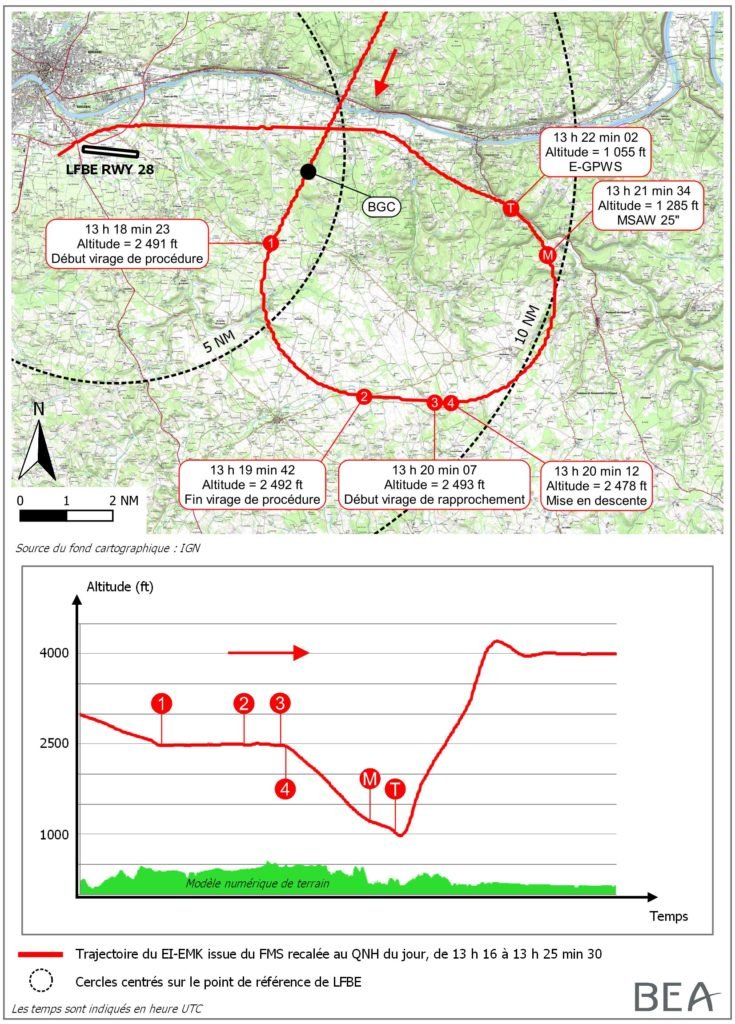 The first officer, who had just 400 hours experience, had never flown a non-precision approach – which allows the pilot to follow a pre-determined course down to a minimum altitude. Pilots are not allowed to go below this minimum altitude unless they are able to see the runway.

The 57-year-old captain was unaware that his colleague had never flown a non-precision approach.

An investigation by the French aviation regulator BEA found it is likely the first officer and the captain had lost situational awareness during the approach.

The investigators found that the preparation for the landing attempt was ‘insufficiently precise and complete’.