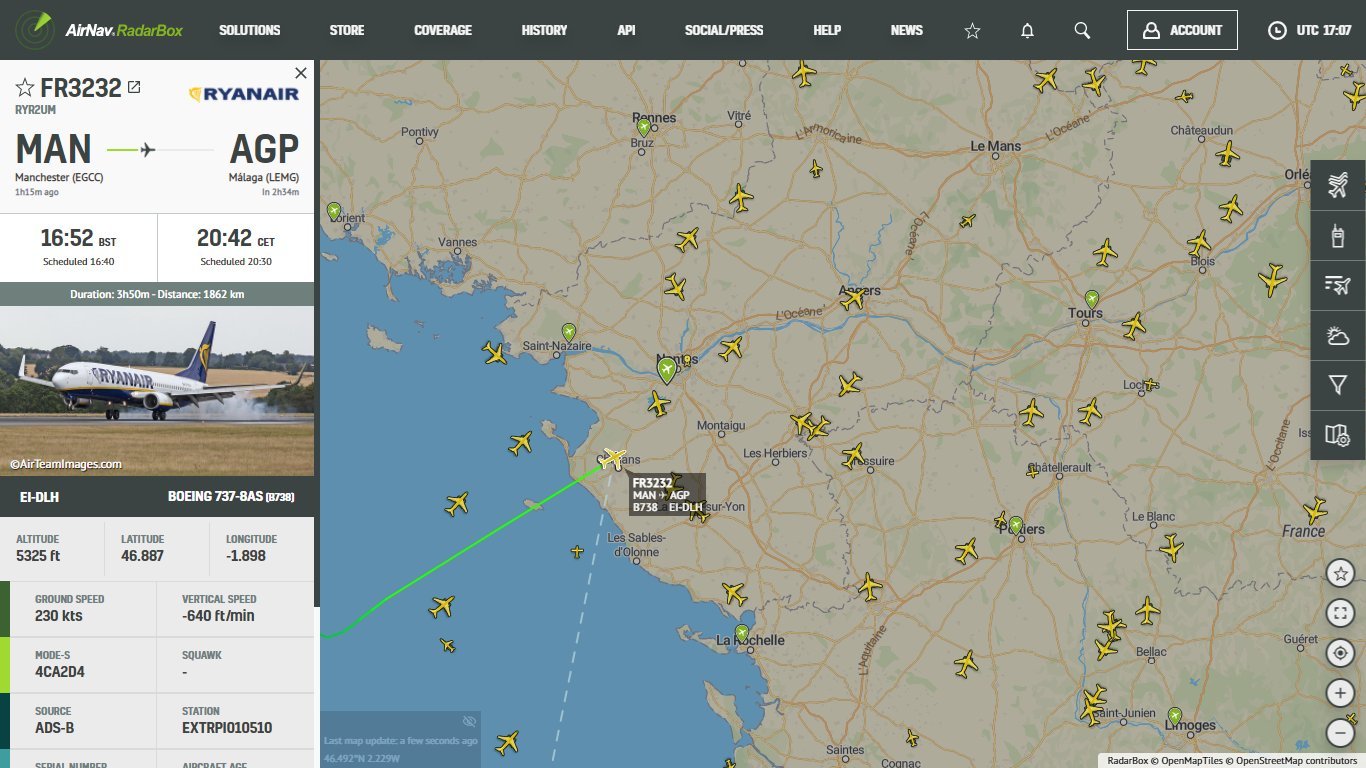 A Ryanair flight from Manchester to Malaga was forced to make an emergency landing in France when a passenger died on board the plane.

The 84-year-old man died of a suspected heart attack despite the efforts of his fellow passengers and members of the crew to resuscitate him.

It was approximately one hour into flight FR3232 when the man in question became unresponsive, prompting the cabin crew to call on passengers for help to apply first aid.

After a crew member used a defibrillator and performed CPR on the passenger for 25 minutes, the flight made an emergency landing in Nantes, France.

Paramedics came and took him off the plane and they were another 15 minutes but he didn’t make it.

It is understood that the man had been travelling with family, including his son and grandchildren, to Malaga.

The crew were a bit shaken and needed some time before resuming the flight.