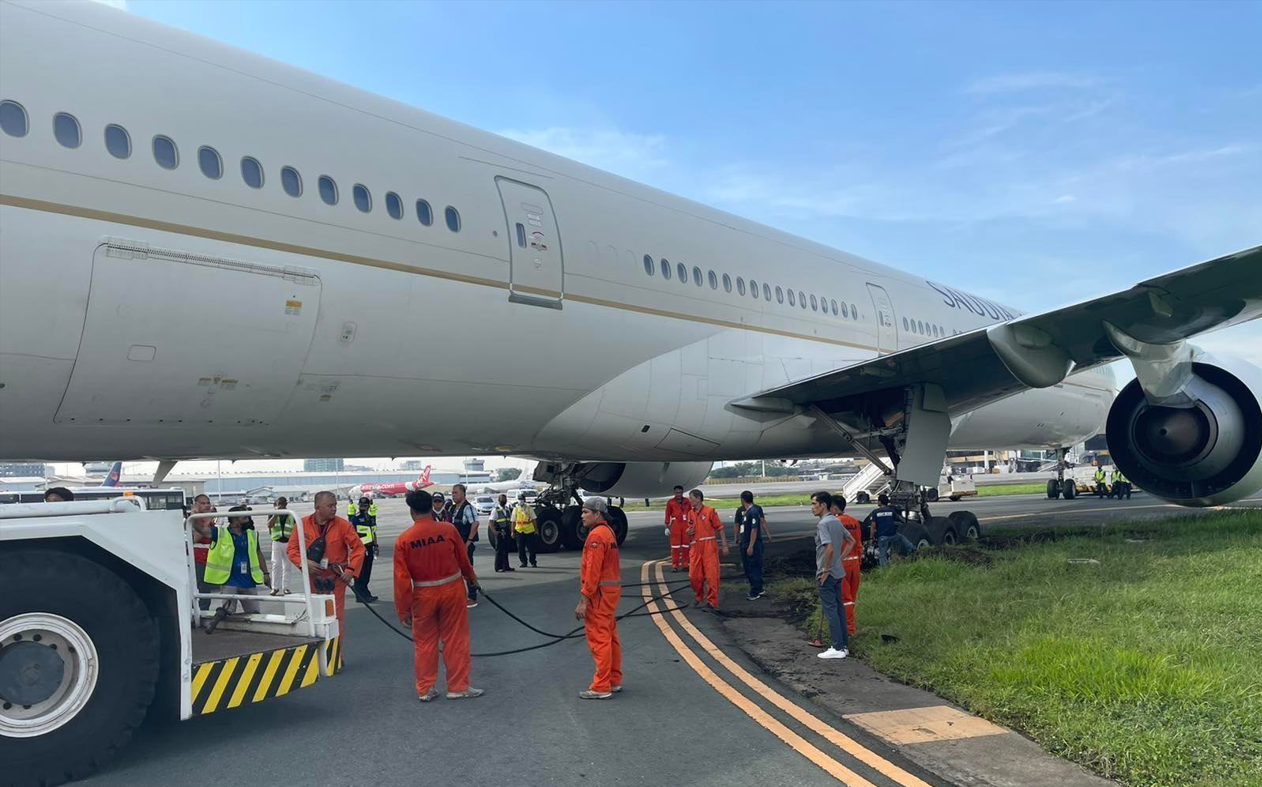 A Saudi Arabian Airlines Boeing 777-300 got stuck into the soft ground after skidding off the taxiway at Manila Airport, Philippines.

The Saudia Boeing 777-300ER, with registration HZ-AK22, was operating flight SV-862 from Riyadh to Manila when it veered off the taxiway after landing in the Philippines.

As seen in the footage shared on the internet, the right main gear sank into the soft ground at the end portion of the taxiway while maneuvering towards the parking bay.

Saudia Boeing 777-300 (HZ-AK22) operating on flight #SV862 from Riyadh ran off taxiway after landing runway 24 at Manila-N.Aquino Intl AP (RPLL). The right maingear sank into soft ground. All on board deplaned via mobile airstairs. @PhilippineStar pic.twitter.com/9vh5BMspl4

The flight was carrying 420 passengers and crew members on board. No one was injured in the incident and all those on board disembarked via mobile airstairs.

After the incident, the site was supervised by the Monreal and Civil Aviation Authority of the Philippines Director General, Jim Sydiongco. No flights were affected by the incident, as reported by the airport’s general manager.