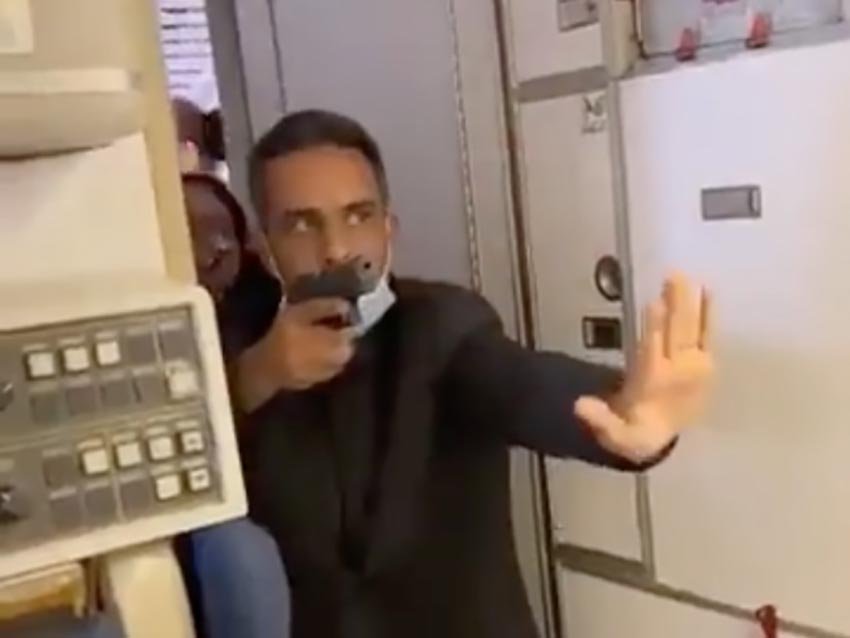 A Jordanian airline company this weekend debunked a video showing a group of people trying to storm the cockpit of one of its planes.

Jordan Aviation said the video, which went viral on social media, was actually filmed months ago on a flight between Nigeria and Saudi Arabia and did not depict a hijacking, as many had suggested.

Dramatic footage of Jordanian security officer brandishing a gun as he tries to push back Nigerian passengers on Jordan Aviation airlines JAV from reaching the cockpit. Passengers were angry with JAV over it's route. Not a hijacking attempt. JAV said the video is few months old pic.twitter.com/YgQ6Phw7NR

The company said that passengers refused to disembark at the designated arrival airport in Nigeria and some had tried to enter the cockpit to speak with the pilot.

“The passengers tried to reach the cockpit to speak with the flight captain, which is prohibited, and the security guard affiliated with the security and protection unit accompanying the flight did not allow it,” Jordan Aviation wrote on Twitter.

The statement concluded with Jordan Aviation saying it would “prosecute” anyone who tried to “harm its reputation by fabricating rumours”.