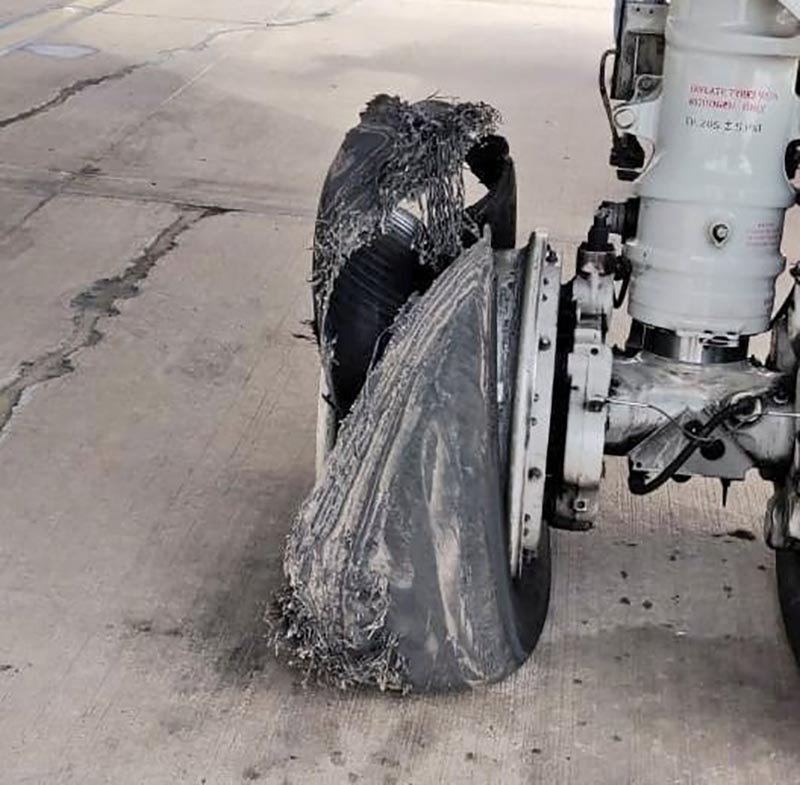 SpiceJet flight SG-58 flying from Dubai to Jaipur landed safely at the Jaipur airport after one of its tyres burst during landing.

The flight carrying 189 passengers landed safely at around 9 am in the morning, ANI reported.

“While aircraft was descending at Jaipur, Pilots were informed by Jaipur ATC of suspected tyre burst in Dubai. The crew followed their procedures and landed safely in Jaipur,” a SpiceJet spokesperson said.

“Passenger were deplaned normally. The flight was uneventful,” the spokesperson added, clarifying that no “emergency landing was carried out at Jaipur.” The aircraft is being examined.