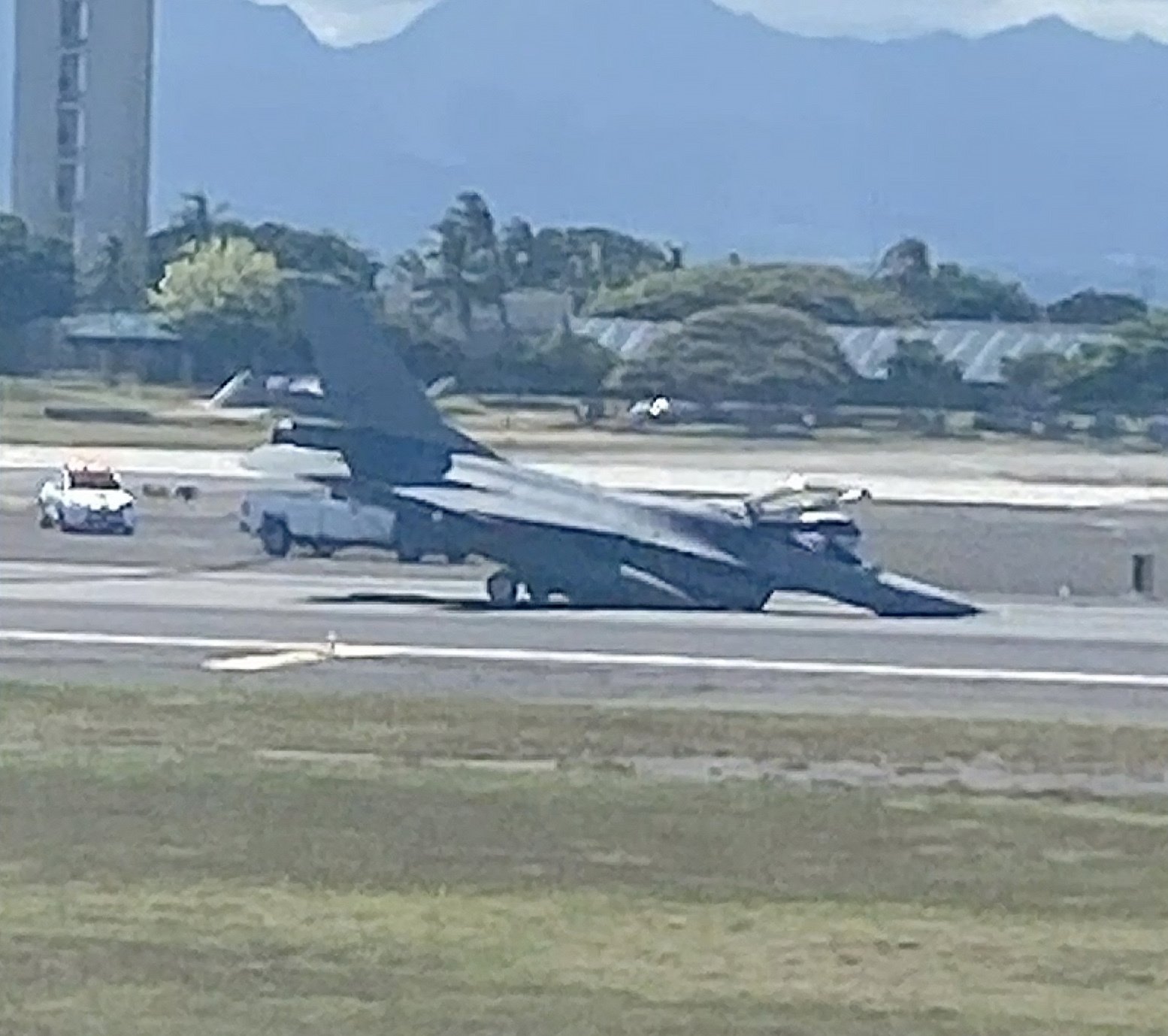 A Taiwanese F-16 fighter jet being flown by a U.S. Air Force pilot was forced to make an emergency landing at Daniel K. Inouye International Airport in Hawaii.

A Taiwanese F-16 fighter jet made an emergency landing at Daniel K. Inouye International Airport in Hawaii on Monday afternoon.

The pilot was sent to the hospital for further evaluation and has since been released.

The F-16 belonged to the Taiwanese Air Force and was being ferried from the United States to Taiwan by the U.S. pilot.

The aircraft appeared to have problems with its landing gear and the pilot declared an in-flight emergency and landed, defense officials said. A netting barrier was used to slow and stop the plane, and the nose gear collapsed after contact with the net.

There was no damage to the runway and the incident is under investigation, the defense spokesperson said.