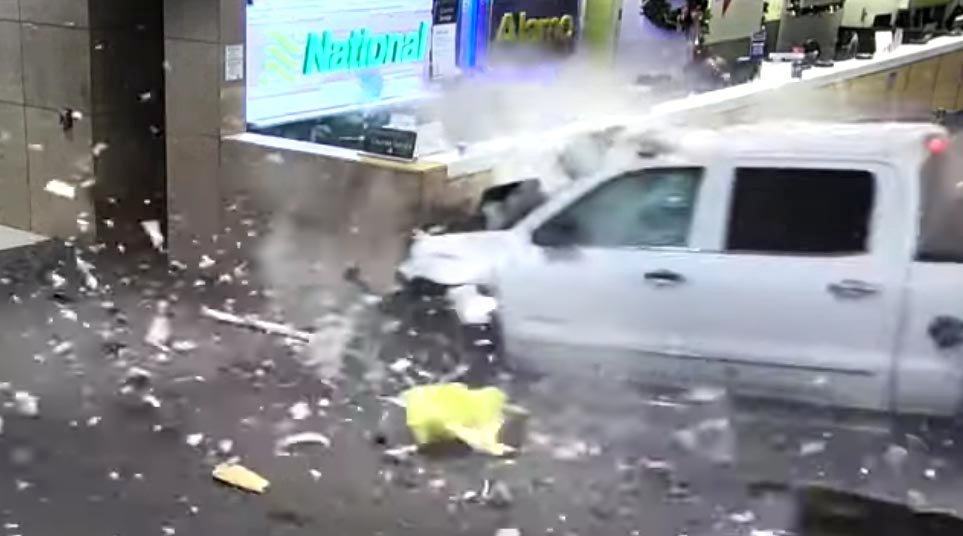 An out-of-control pickup truck plowed into Sarasota-Bradenton International Airport overnight, causing a significant amount of damage but avoiding any people inside.

The crash happened Thursday around 2:51 a.m. in the baggage claim area. The speeding truck smashed through a cinderblock wall, according to Fredrick Piccolo, president and chief executive officer of the airport.

The white pickup truck, Piccolo said, was heading north on U.S. Highway 41 when it crashed through a perimeter fence, then drove across the air carrier ramp — not far from the parked aircraft — at a “very high rate of speed.” The truck crossed the ramp and crashed through the wall of the baggage claim area, where it remained until a tow truck arrived.

“We actually had a late flight, but no one else was here in the baggage claim area except a couple of workers,” Piccolo explained. “If this happened during the day, it would’ve been a much different story.”

Piccolo said the truck damaged one of the baggage belts before hitting the counter shared by Alamo Rent-A-Car and National Car Rental. Surveillance video shared by the airport showed an employee working at the counter as the careening truck came crashing in, stopping just feet away.

The driver was 40-year-old. He was taken to Sarasota Memorial Hospital with serious injuries. The airport director believes the truck was going over 100 miles an hour.