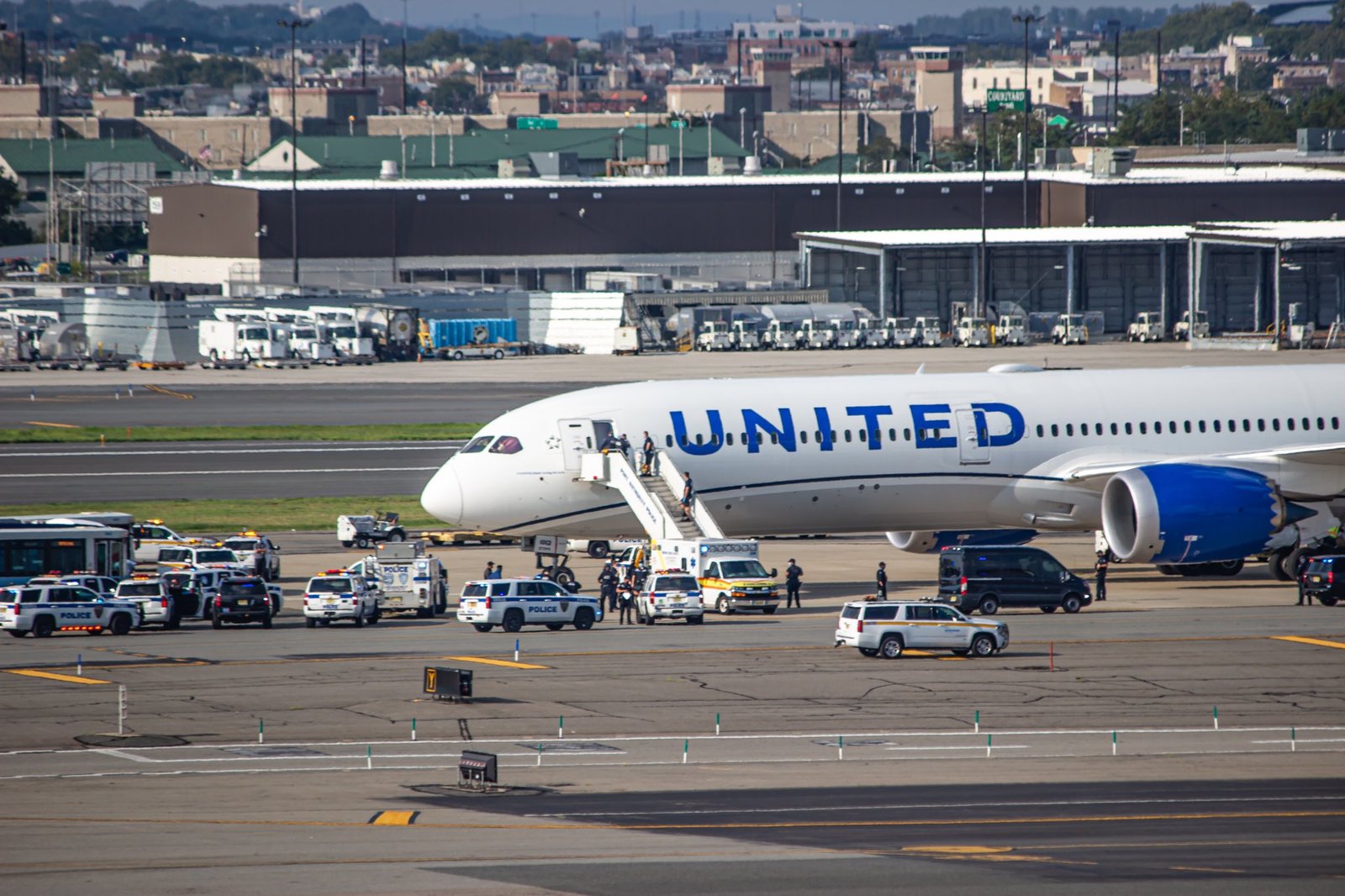 A United Airlines flight was searched on the tarmac at Newark Liberty Airport after a passenger made a bomb threat on board.

An unidentified passenger on United Flight 2304 arriving at the New Jersey airport just after 4.30pm had threatened there was a bomb on board, authorities said.

‘The crew reported one of the passengers had made a threat,’ a spokeswoman for the Port Authority of New York and New Jersey confirmed.

A spokesperson for United Airlines said the person who made the threat was taken to a hospital for a medical emergency that was not specified.

A pilot’s announcement on the plane informed all on board about the passenger’s threat, according to a report by the Lakewood Scoop.

A suspect was seen in video posted by Lakewood Scoop being led off the plane as K-9 units were brought in to inspect luggage that was lined up on the tarmac.

Once the bags were cleared, they were returned to passengers, the Lakewood Scoop reported.