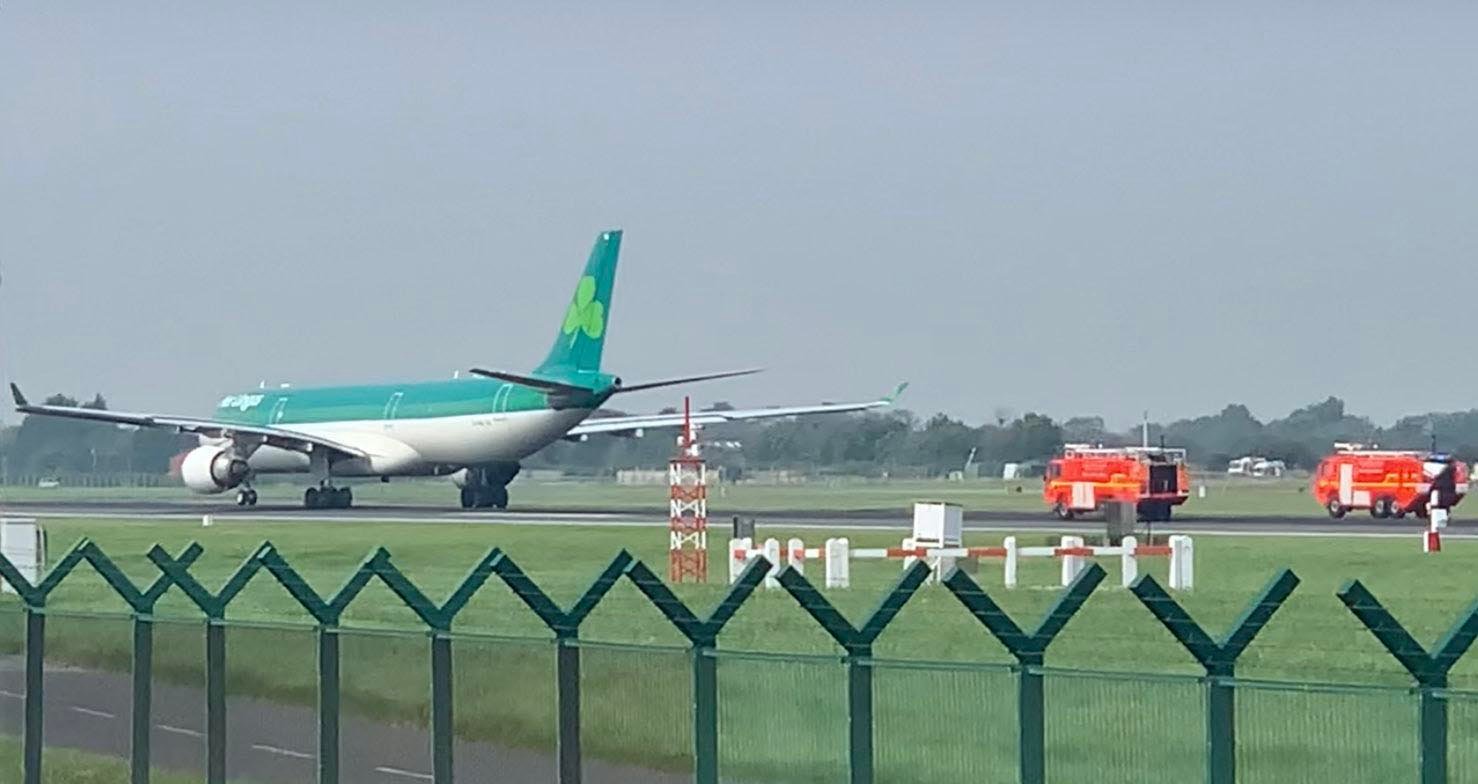 Aer Lingus A330 suffered an engine problem during takeoff.

The aircraft (reg. EI-FNG) lined up to runway 28L at Dublin when crew switched to full thrust to takeoff. But a loud band and lost of thrust forced pilots to reject the takeoff.

A full scale emergency involving fire brigade was stood down a short while later.

1)Yesterday lunchtime #aerlingus flight #EI123 to #Chicago encountered engine problems as she began to roll down #runway28L #EIDW A bang can be heard as engines are given thrust – a full scale emergency involving #DAFB and @DubFireBrigade was stood down a short while later and pic.twitter.com/xl0gu81Pav

The Airbus A330 returned to stand with fire brigade following close behind. Passengers were accommodated on another plane some hours after to resume their trip to Chicago.