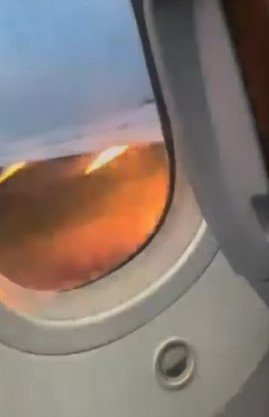 An Aeromexico Boeing 787 Dreamliner performed a rejected takeoff after suffering a bird strike at Cancun International Airport on Sunday, January 3.

The Boeing 787-8, with registration N782AM, was performing flight AM-549 from Cancun International to Mexico City.

The aircraft was accelerating for takeoff when the left-hand engine failed, sending out flames after the bird strike. The crew reportedly rejected takeoff at about 60 knots on the ground.

The aircraft then taxied to the end of the runway and continued taxiing to the apron, where passengers were disembarked and loaded onto another plane.

After the incident, an Aeromexico spokesperson said:

“Following Aeromexico security protocols, the Captain of flight AM549 operated with a B787-8 equipment, which covered the Cancun-Mexico City route, aborted takeoff at the International Airport from Cancun to attend to an engine failure caused by a bird strike during takeoff.”